The software has two options. You can remove all built-in apps together or uninstall apps one by one. I will recommend you to use the second option because there are a few built-in apps that you want to keep and use daily. 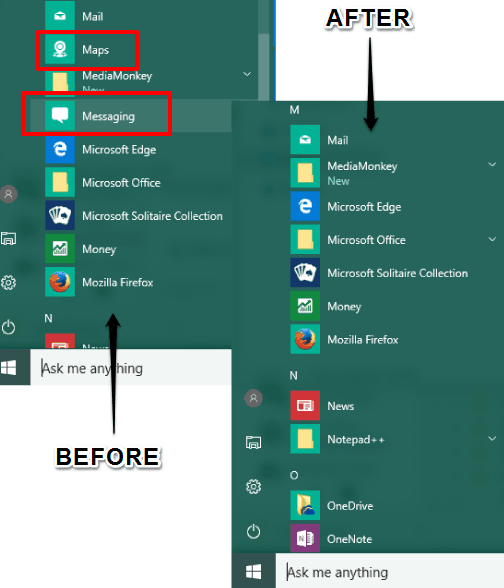 Above you can see before and after removing two built-in apps from my Windows 10 PC.

List of Windows 10 Built-in Apps That Can Be Removed:

How To Remove Built-in Apps In Windows 10?

Get the zip file of this software. The software is portable, so you don’t have to go through that installation process. Execute the software and its interface will be in front of you. The interface shows all those built-in apps that can be removed using this software. Before you start removing apps, you should create a system restore point. 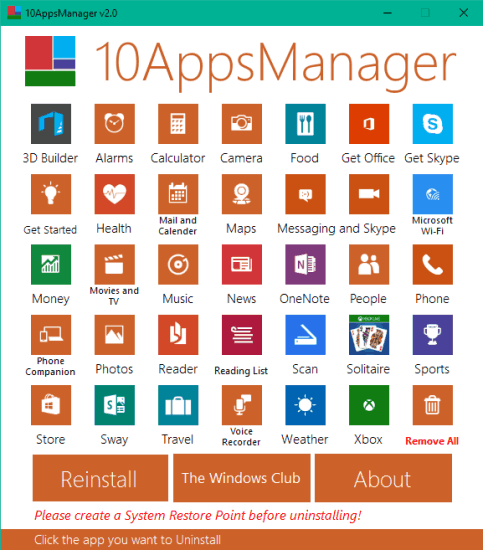 You only need to click on a particular app and a pop-up will open to remove that app. You can press Yes or No button as per your wish.

Pressing the Yes button will take less than a second to remove the app.

In a similar way, you can remove more apps. The software also comes with Remove All option (available at the bottom right side in Red color). Use it only when you are sure that you have to remove all apps.

You may also have a look at these tutorials:

Windows 10 comes with too many pre-installed apps among which many apps are of no use for many people. So, if you are looking for a very simple option to remove all those unwanted built-in apps, this software is perfect. You have the choice which app you want to remove and which you need to keep. Also, you can install any removed app anytime, which makes this software perfect.