One of the interesting features is that it also pronounces the name of the object. This way, you can better understand the object name as well as try to pronounce it correctly. You can also save the audio as MP3 file. Apart from that, the output image contains the name of the object and you can save that image also. So, quite useful features are available in this service. However, this service is not perfect, and failed for some of the objects I tested it with. Also, if there are multiple characters or objects, then it shows the result as “cartoon” or “games”. So, it is not the perfect service but good to try. 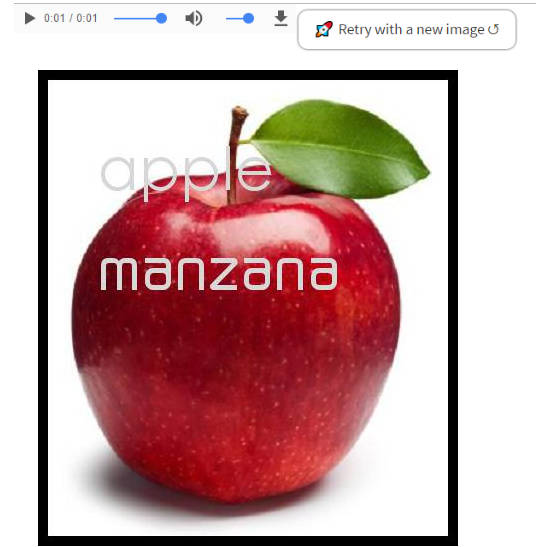 Note: Do note that this is actually a project hosted on Github with intention that you can host it on your own server. The website that I have linked below is just a demo website to show its usage. The website might not stay online for long. In that case, you can get the code of this project from Github and host it at your end.

How To Identify Object In Images Using This Free Service?

Objectify! doesn’t need any sign up. Open the homepage of this service and upload an image. It supports images that contain jpg, jpeg, jpe, gif, bmp, and png extensions. Also, there is nothing mentioned related to the file size limit. The image size is optimized automatically.

Finally, you can press the Go button.

It uploads the image and shows the output. As soon as the output is generated, it pronounces the object name automatically. Also, the output image shows the name of the object on the image. You can also replay the audio as many times as you want and also adjust the volume.

There is a download icon also available using which you can save the audio as MP3. To save the image, you need to right-click on the image and select ‘save image as’ option. The image is saved in the same format as original.

There are other options also available to identify object in images (like this and this Facebook Messenger bot), but Objectify! has some good features probably not available in other tools. Its features to save the audio as MP3 and the image along with object name are quite useful. You can save audio as well as the image for later reference. It is handy for kids as well as elders. I wish it would have come with an option to identify multiple objects available in a single image, but an image containing a single object can be identified most of the times. Still, it is a good service and you can try it.