WTF is That (better known as WTFIT) is a free Bot for Facebook Messenger to identify objects in an image accurately and speedily. All you have to do is sign into your Facebook Messenger from your computer or Android phone and upload a picture in the conversation thread between you and WTFIT bot. The bot is added as a Messenger contact when you sign into its service. The results of WTFIT happen to be precise and descriptive. So if you upload a picture of a yellow Lilly, WTFIT bot will return the picture’s description as a yellow colored Lilly.

WTFIT doesn’t fit among normal reverse image search services. It doesn’t analyze the metadata of the image to find its description. From what I feel, WTFIT compares the image itself with many other known pictures on the internet to find a description. Its website says that WTFIT uses artificial intelligence and social networks to identify objects in the image. WTFIT will make sure you get the result within 8 hours if it doesn’t give an instant result. Users can also upload GIFs for identification.

So let’s take a tour of WTFIT. At the end, if you don’t find WTFIT to be useful, then you can try out this list of Google Chrome extensions that help in reverse image search.

How to Identify Objects in a picture using WTFIT

Using WTFIT is easy. You just have to sign into its service using your Facebook account. You’ll find yourself directed to Facebook Messenger webpage on your computer and the Messenger app on the Android phone. 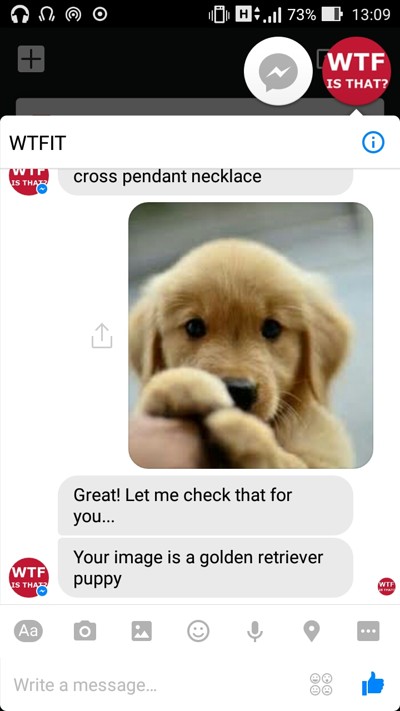 So here I took some images off the internet and uploaded them on WTFIT. You can see how precise WTFIT is when I uploaded the picture of a Tyrannosaurs Rex. The result also returned with its color.

I decided to upload some known internet faces. I found WTFIT doesn’t come out really accurate at times. Here the known CreepyPasta character Jeff the Killer is deemed as a Halloween mask. Close Enough! 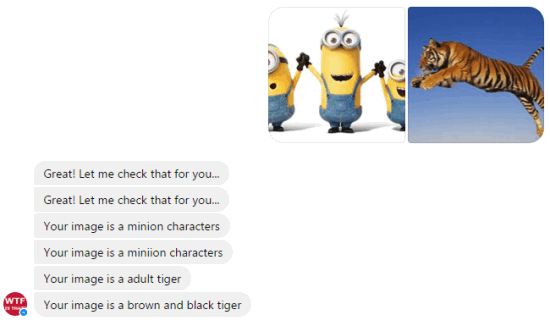 You can also upload multiple images at once. I decided to test the same and got multiple replies for each of the photo uploaded.

I decided to test it on known celebrities too. However, WTFIT is only good with pictures which have a clear and big image of the celebrity’s face. WTFIT was successful in recognizing Samuel L Jackson but not the Queen of England. 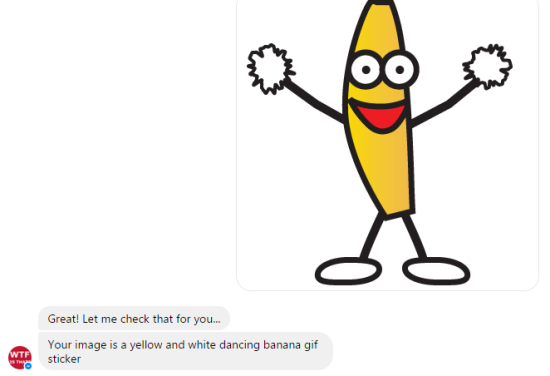 WTFIT can also analyze GIF images. In some cases, WTFIT surprises with the degree of accuracy. I uploaded a GIF of a dancing banana and WTFIT recognized it accurately. If the subject of the GIF keeps changing then WTFIT returns you the description of the first frame of the GIF.

WTF is That is an awesome application to identify objects in images . You might not know the breed of a certain dog but WTFIT will certainly find it out for you after you upload its picture. WTFIT doesn’t really have any drawbacks but one thing that would make thing more easy is the ability to teach WTFIT if it gets the result wrong. After taking all the above points into consideration, I award WTF is That with 4.8 stars.

Know a service similar to WTF is That? Don’t forget to share it in the comments!