Here’s a list of 5 script blocker extensions for Google Chrome which you can use to block website scripts. Most websites have some sort of script running in the background. There are websites out there who have been known to plant harmful scripts with malware that can infect your computer and allow the attackers to access your own computer or eavesdrop your connection. To prevent that, as a safety precaution, you can block scripts on suspicious websites.

ScriptBlock works just like AdBlock, the popular ad blocking extension. After ScriptBlock, you’re going to see an icon added to the top right corner of the Chrome’s interface, where extensions usually add their icons. 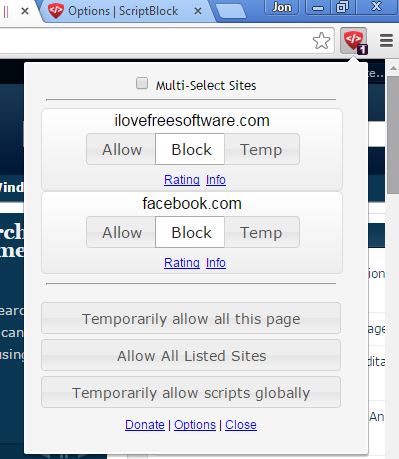 When opening up websites, you’ll see numbers pop up in an overlay above the icon. These numbers tell you the number of scripts that the website tried to run but were blocked by ScriptBlock. Open up extension settings and you’ll be able to whitelist domains, so that scripts from the websites you trust can run uninterrupted.

ScriptSafe comes with a lot of options that you can tweak. You can see all the available extension settings on the image down below. 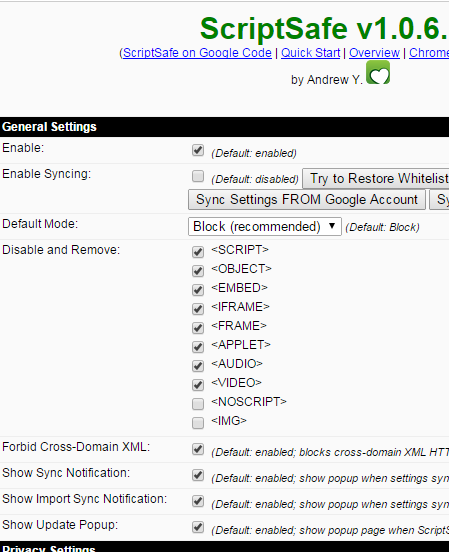 Not only that, you can block script elements of a website, but also objects, embedded content, frames, audio, video, images, you name it. By default pretty much everything that I just mentioned is blocked. Domain whitelisting is possible to setup. Top right corner icon gives you quick access to important options and an overview over what was blocked while the website was loaded.

Also have a look at Tor Project: Free Proxies And Tools For Privacy Protection.

Script Defender is very similar to Script Safe, only it has a bit less confusing interface for tweaking all the setting. Being a script blocker extension isn’t the only thing that Script Defender focuses on. 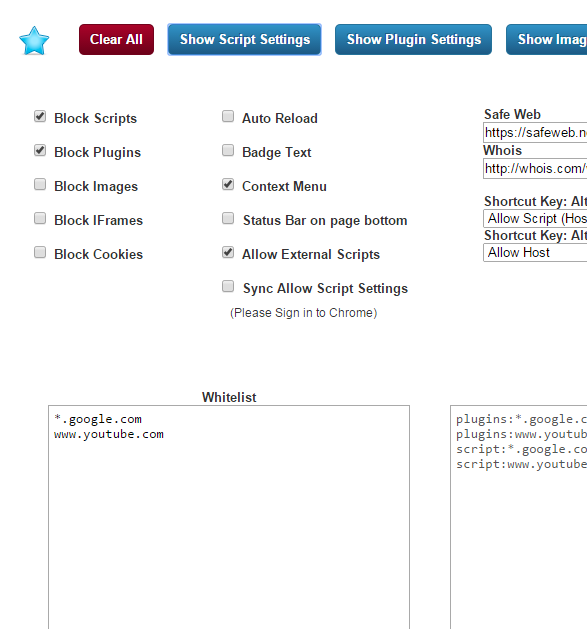 Next to the extension settings, where you can tweak settings globally, by left clicking on the top right corner icon you’ll be able to tweak settings on the fly and then simply reload the web page to have them applied.

Script Blocker for Chrome can also be tweaked from the extension settings page, but note that using the top right corner icon is a much better experience. 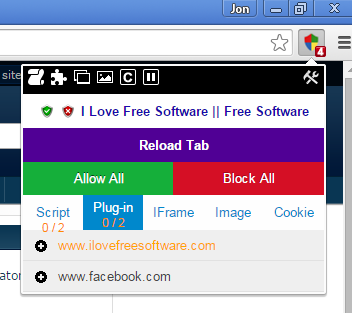 From there it’s possible to create separate rules for websites and decide what exactly is going to be blocked, scripts, frames, images, cookies. There are also options for tweaking settings globally, for all websites, and of course, domains can be whitelisted.

Get Script Blocker for Chrome.

Also have a look at Free Ad Blocker to Block Online Ads: AdFender. 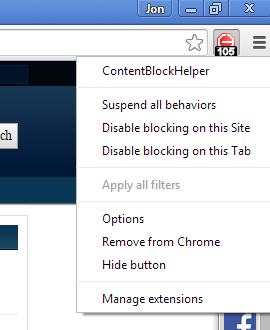 There aren’t as many options as there is with some of the previously mentioned script blocker extensions, but you can select which objects are going to be blocked, whitelist domains, the basics.

I was really impressed with Script Blocker for Chrome, it worked great and it’s easy to setup. I suggest you give it a try first before moving on to other script blocker extensions from the list above. As always leave a comment down below telling me which extension you think is best.