Here’s a list of 4 Barbie dress up apps for Android where the goal is to dress up girl models as a Barbie and make neat combos of dresses, shoes, handbags, etc. Most of the apps that I tested don’t just stop at dress up, they also let you play around with jewellery design, makeup and you can also do custom hairdos to make the Barbie designs your own. Finished designs can then be exported and shared with friends via social networks.

Let’s see what it is that the Play Store has to offer and how exactly does it all work. 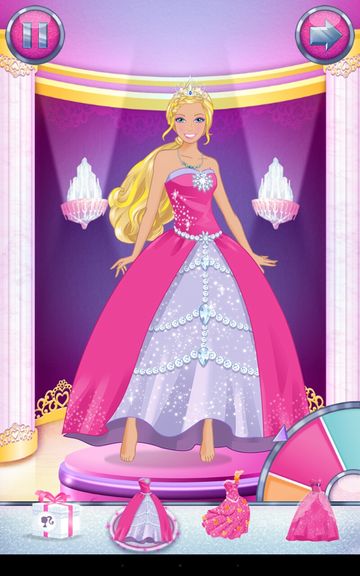 Barbie Magical Fashion adds much more features into the mix; it doesn’t just stop at being a dress up app with a Barbie theme. There are actually 5 additional characters that you can choose from.

After selecting a character, first thing that needs to be done is makeup, followed by selecting jewellery and even designing your own jewelry (by choosing diamonds and pearls used on tiaras and necklaces). After all that you get to the actual dress up portion of the app. App is quite large (around 100MB), and note that some dress packs aren’t available in the free version. 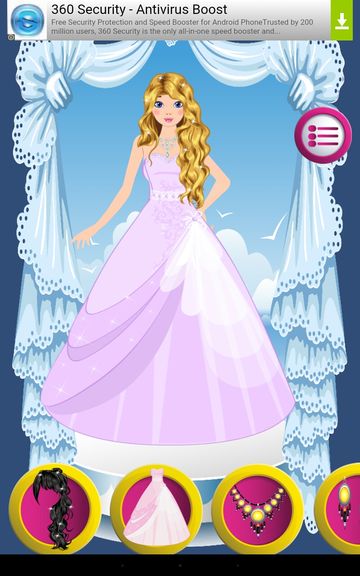 Dress up Princess lets you create your own Barbie by giving you a blank slate, a model without any styling whatsoever.

With that as a foundation you can create your very own Barbie by tapping on the buttons down below to switch between different hair styles, dresses and jewellery (necklaces, earrings, tiaras). When done, just tap on the check mark at the end of the bottom button row and you’ll be given a completed image overview with fireworks playing in the background.

Get Dress up Princess. 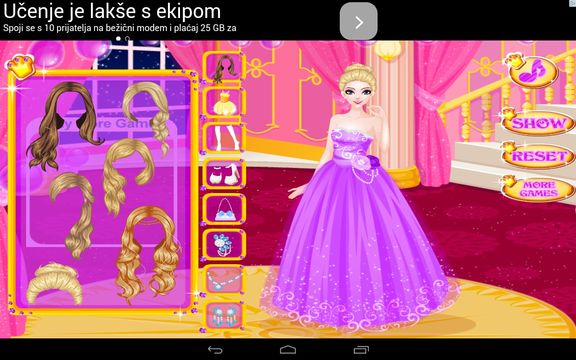 Princess Party Dress Up is similar to Dress up Princess. Not entirely a Barbie dress up app, but you do get to create your very own Barbie if you’re ready to play around with the available options.

Difference between this app, and all the other Barbie dress up apps that I covered up until now is that here you get a lot more clothing items for maximum customizations. It’s not just clothing, but also jewellery, hairstyles, and so on, see image above.

Get Princess Party Dress Up. 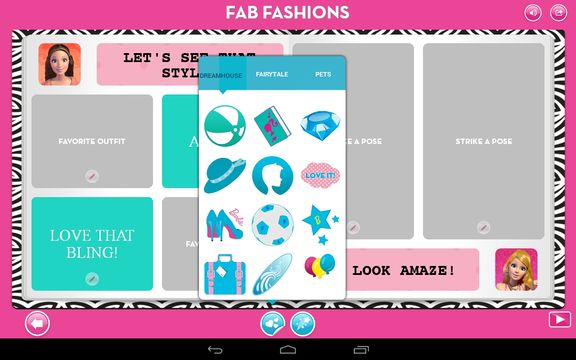 Barbie Life lets you design fashion strips using stickers and other types of graphics. On top of that it also offers a Barbie themed music game and links to a lot of Barbie related multimedia, videos, music, news articles, etc.

When creating designs, app lets whoever it is that uses it to take images with the front facing camera and include that image in the design. This adds a whole new level of interactivity to the mix, but note that the dress up portion of the app isn’t that advanced, with lots of clothes, jewellery and hairdos like it is the case with Princess Party Dress Up for example.

Also, have a look at Dress Up Games: Free Online Games for Young People.

I like the first and last app from the list of Barbie dress up apps above. Princess Party Dress up is simple, perfect for younger players, while Barbie Magical Fashion is more suited for older dress up enthusiasts. Let me know what you think by leaving a comment down below.