Stupid Zombies 2, is a free Windows 8 zombie shooting game app. The game is basically a physics based puzzle game app. The gameplay of this Windows 8 zombie shooting game app is you’ll play either as a male or a female character, and you have to shoot the zombies dead, using the gun and ammo you’ll get. The game is played in levels and it advertises that there are 600 levels in the game. In each level you’ll get certain number of zombies that you have to shoot them up using the given number of bullets, in order to advance to next higher level or unlock another location. 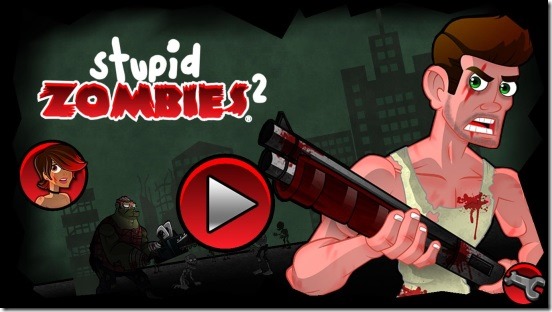 This Windows 8 zombie shooting game app is the sequel of the game by same name, and follows the same concept which the prequel has, that is shooting zombies dead in different locations filled with obstacles. But this time the gameplay is more polished, and with different difficulties. This Windows 8 zombie shooting game app is more of a physics based puzzle game app instead of just being a game that involves randomly shooting zombies dead. The whole game is based on the bouncing of bullet that you’ll fire using the shotgun or other ballistic guns. 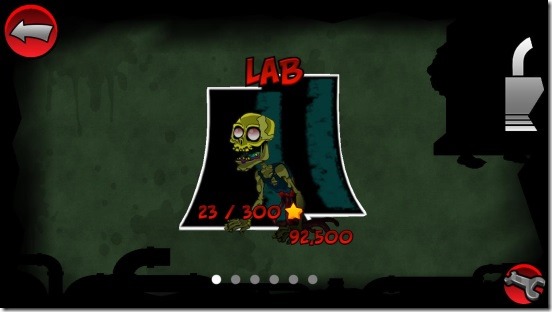 The game starts with the Lab as the first location. Besides the Lab, there are 5 more other locations, and each location has its own set of levels. In each level, it’s compulsory to clear the current level, in order to advance to next higher level. That is you can’t skip any level. Now, this can bother some of the users of the game. Because there are some levels in the which does takes multiple tries to be cleared. However, for situations like this, this Windows 8 zombies shooting game app gives a way out. You can jump to another location, instead of completing all the levels of a location; provided you have gathered a given set of stars. For example a location requires 50 stars, another 150, 400, 600 etc. And the only way you can get stars is by completing levels. After completing each single level, your performance gets scored on the basis of Stars. The maximum that you can get is 3 and minimum 1. 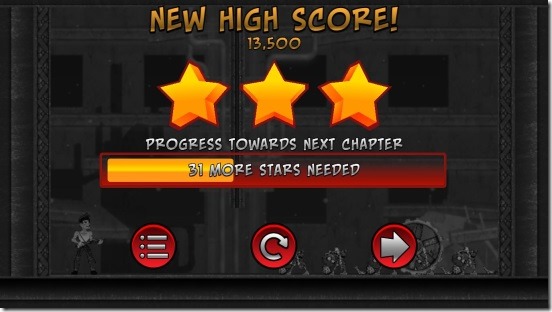 Like I said above, you have to shoot all the zombies of level dead. Then only you’ll be able to clear the level. The levels are basically days. So, the game is more like a story of each day, where you kill the undeads. If you have played angry birds, then you get hold of this Windows 8 zombies shooting game app pretty soon. Because, this game is in some sense similar to Angry Birds. The game has a good difficulty level, and the difficulty increases as the game advances. Killing zombies is not that easy, because there’ll be multiple obstacles that stand between you and zombies. And to make the game a bit more harder, some of the zombies even move! So, you have to find a way, through which you can kill all the zombies. 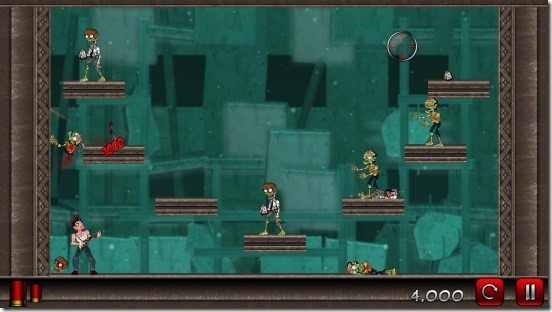 Your position in the game is fixed, and you won’t move at all. But, you can turn in the same place so that you can fire in both directions. And in order to help you kill all the zombies, the game also provides you with cool explosive weapons and guns. Since, the game is completely dependent on the bullet bounce, so it become quite difficult to predict the bounce when there are many obstacles.

One good thing about this Windows 8 zombies shooting game app is you can trigger a laser-site on guns, using which you can guess the bullet bouncing, hence helping you to kill the zombies. Simply click and drag, and you’ll see the laser light, and then release to fire.

If you are a big time zombie fan, and want to shoot them dead, then do check Farmkill and Zombie HQ.