HaiHaiSoft Universal Media player is a free media player to play music, videos, pictures, and recorded TV. It is called universal media player as it supports more than 400 media formats. Only other player that I have seen so versatile is BS.Player.

If you’re a lover of movies, music and other forms of entertainment, then the free HaiHai soft universal player is something to should download. Simple to use and growing in popularity daily, this free media player is compatible with all the popular, and not so popular media formats. This is much better than the formats supported by most of other free media players. 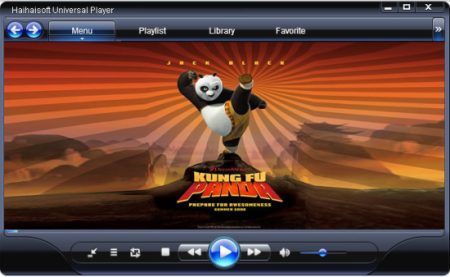 Here are some of the features of HaiHaiSoft universal media player:

It is clear that this downloadable free media player has been created to allow people the freedom to watch media without having to worry about paying outrageous amounts of money for viewing licenses. Indeed, it would appear the HaiHaisoft is an innovative company intent on bringing a free, high quality media player that even a novice computer operator can use. The company continues to update its software which in turn ensures that the downloading public will continue to reap the benefits of an excellent free media player, and I find it even better than RealPlayer SP.

HaiHaisoft is also downloadable in various languages. Whether a user lives in America or across the oceans of the world this free program is, more than likely, available in the user’s native tongue. For those still not convinced that this free software allows users to watch all other media formats – download it and give it a try. Once a person downloads and uses HaiHaisoft, he or she will not want to delete the program.