This tutorial describes how to disable saving of taskbar thumbnail previews in Windows 10. Although the signature elements of the Windows desktop (Taskbar, Icons, Notification Area etc.) have maintained their basic appearance and purpose during the course of evolution of the Operating System over the years, they’ve also had a number of subtle refinements added to them with each subsequent iteration of Windows.

What this essentially implies is that the Desktop of the revolutionary Windows 10 is more powerful than ever, having more features than its previous versions. The taskbar thumbnail previews is one such feature, that’s equal parts eye candy and functionality. It lets you view an instant thumbnail preview of an open window when you hover your mouse pointer over its icon in the taskbar.

These previews, while functional, keep on getting cached in the memory as they are generated. This can sometimes lead to thumbnails not getting displayed correctly, because of corrupted cache. Good thing is, you can easily turn off saving of taskbar thumbnail previews, so that they are always freshly created. Stoked? Head past the break to find out how you can disable saving of taskbar thumbnail previews in Windows 10.

How To Disable Saving Of Taskbar Thumbnail Previews In Windows 10?

Turning off automatic caching of taskbar thumbnail previews in Windows 10 is hardly a complicated task. Detailed below is an illustrative stepwise walkthrough, that should get you started:

Step 1: Go to This PC (formerly called My Computer), and move over to the Ribbon Menu. Click on System Properties under the Computer tab. 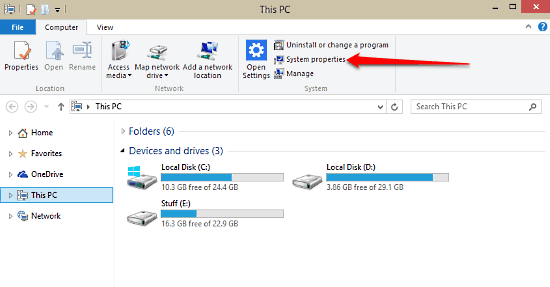 Step 2: The System Information window (as shown below) details basic information about the Computer, OS, and other things like that. On the top left corner, click on Advanced System Settings. 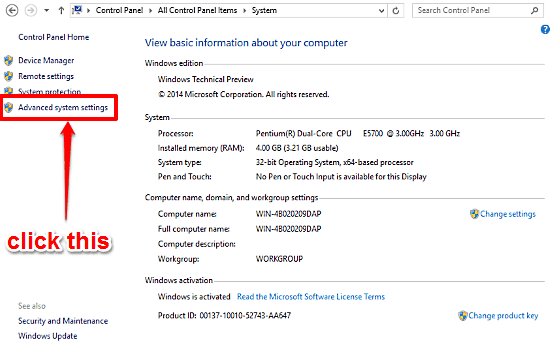 Step 3: Next up, the System Properties dialog box will come up. It consists of a tabbed UI. Click on the Advanced tab, and the Settings button in the Performance section, after that.

Step 4: Just one step more to go. The Performance Options dialog box, that opens up next, lists a number of settings under the Visual Effects tab. Find the setting named Save taskbar thumbnail previews, and disable it by unchecking the box against it. Click Apply > OK. Here’s a screenshot: 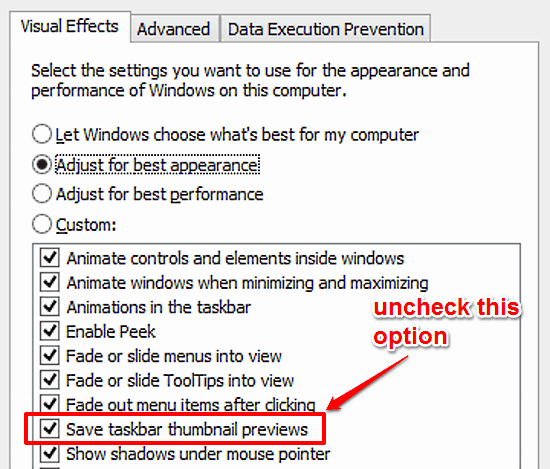 And we’re all set. From now on, Windows 10 will now no longer cache thumbnails in memory. Instead, they’ll always be freshly created, whenever you hover your mouse pointer over an open application. Pretty cool if you ask me!

Check Out: Change The Largest File Size Recycle Bin Can Hold In Windows 10

The ability to automatically cache taskbar thumbnail previews can come in really handy in speeding up the user experience and general performance. However, with computers getting faster and more efficient each day, real-time rendering of thumbnails is no longer a hindrance. Give this a shot, and let me know what you think of it.