This article discusses 5 best virtual drive software for Windows 10. Virtual disc image files (ISO, NRG, BIN etc.) are one of the most important and popular means of archiving and distributing digital content, and are used for everything from multi-volume software applications to big games to operating systems. They are convenient too, as they work just like physical discs, but don’t wear out due to continued use. Hence, it’s extremely important to have a capable virtual disc mounting program installed on your computer. 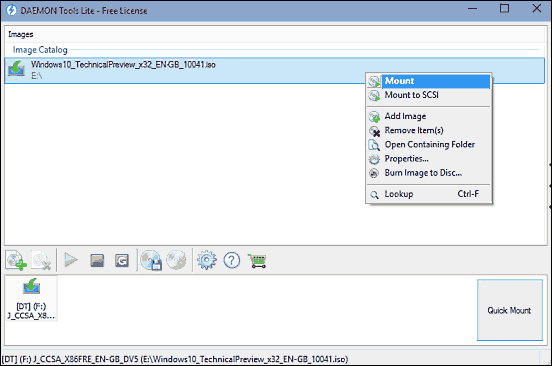 Powerful and loaded with features to the brim, DAEMON Tools Lite is a robust virtual drive software for Windows 10. One of the most popular applications of its type, DAEMON Tools makes it incredibly simple to mount virtual disc images. It can be used to emulate physical CD, DVD, and even Blu-Ray disc drives. The program is extremely straightforward to use, and the Quick Mount option makes mounting images a breeze. It supports creation of up to four virtual drives, which appear in the explorer alongside actual drives. DAEMON Tools Lite is compatible with a plethora of virtual disc formats, such as ISO, NRG, BIN, VHD, and MD5. Apart from that, TrueCrypt image files are also supported, and the backup option even lets you backup original discs by creating image files from them. Then there are goodies like the ability to set access passwords and image compression. Overall, DAEMON Tools Lite is awesome, just make sure to skip the installation of a little adware that the free version comes bundled with. To find out more, click here. 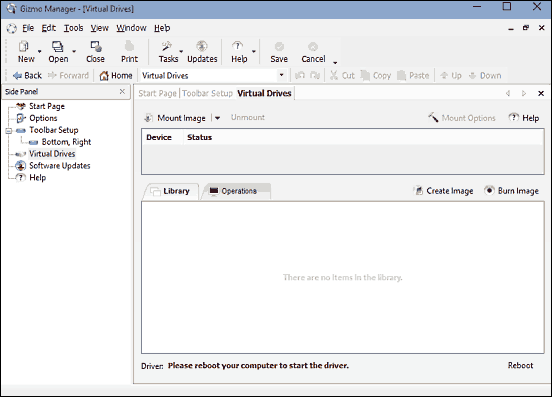 Essentially one of the sub-components of its namesake Gizmo Suite having a bunch of applications (which can be easily skipped from getting installed), Gizmo Drive is a feature laden virtual drive software for Windows 10. The application is quite straightforward to use, yet includes a healthy bunch of options. Like most other applications in the list, major primary functions (e.g. mounting disc images) can be accomplished simply via the right click context menu. There’s also a handy pop-up toolbar that can be customized with quick functions to make Gizmo Drive even easier to use. All major virtual disc image formats such as ISO, BIN and NRG are supported, and you can mount VHD files too. Apart from that, password protected image files can be mounted just as easily. Visit this link to find out more. 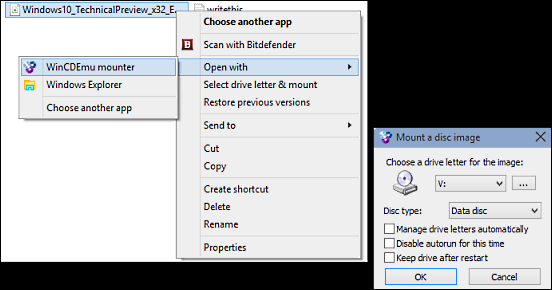 On the lookout for a feather light yet rock solid virtual drive software for Windows 10? Look no further than WinCDEmu. Ridiculously easy to use, the open source application makes mounting virtual disc images simply a matter of a few clicks. That’s right, you can use WinCDEmu to mount disc images by simply clicking on them straight from Windows Explorer. It supports creation of unlimited virtual drives, and each appears separately along with the regular drives. WinCDEmu is fully compatible with CD, DVD, HD-DVD and even BD images, and the virtual drives don’t occupy identification letters when not in use. WinCDEmu supports all popular virtual disc image formats like ISO, CUE, NRG, MDF, and IMG. To top it all off, it’s also available as a portable application. 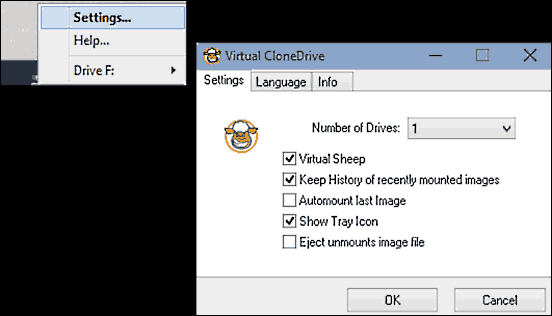 If you want a powerhouse virtual drive software for Windows 10 that doesn’t require you to jump through a bunch of hoops to get started, you want Virtual CloneDrive. The application runs in the system tray, and all you need to mount disc images are two clicks. Virtual CloneDrive makes it possible to have up to 8 virtual disk drives. You can configure a bunch of options, such as auto mounting of last image, eject behavior, and whether to keep history of recently mounted images or not. Virtual CloneDrive is fully compatible with nearly all common virtual disc image formats such as ISO, CCD and BIN. All in all, the program does what it’s supposed to do, and does it extremely well. Find out more here. 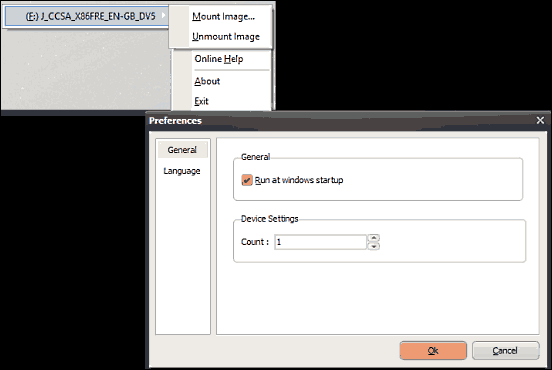 Finishing off the list is VirtualDVD, which is probably the most straightforward yet capable virtual drive software for Windows 10 that you’ll ever find. Upon installation, the lightweight application runs in the system tray (just like the above discussed Virtual CloneDrive), and can be interacted with/controlled via a simple right-click context menu. Using VirtualDVD is a piece of cake; simply use the system tray icon’s context menu to select the disc image file that you want to mount, and the program will handle the rest. There aren’t much options to tinker with, but you can tweak things like the number of virtual drives and startup configuration. Despite its minimalist nature, VirtualDVD support a whole bunch of virtual disc formats such as CCD, ISZ, BIN, ISO, and many more. Apart from that, images can also be mounted to local NTFS folders, and up to 24 SCSI devices can be emulated.

Virtual disc images files (notably ISOs) are used for distributing a whole bunch of digital content, including entire Operating Systems. And the above discussed virtual drive software applications work great for your Windows 10 running PC. Try them out, and let me know your thoughts in the comments below.