Feedient is a free web based social content aggregation service. It allows you to stay updated with all of your social network feeds at once, by pulling them in one centralized interface. Feedient supports Facebook, Twitter, Instagram, and YouTube. It also includes features like automatic updates of social feeds in real time, and universal notifications. Not only can you check the feeds, but you can actually also post to all your social networks in one go with Feedient.

Getting intrigued? Keep reading to find out more. 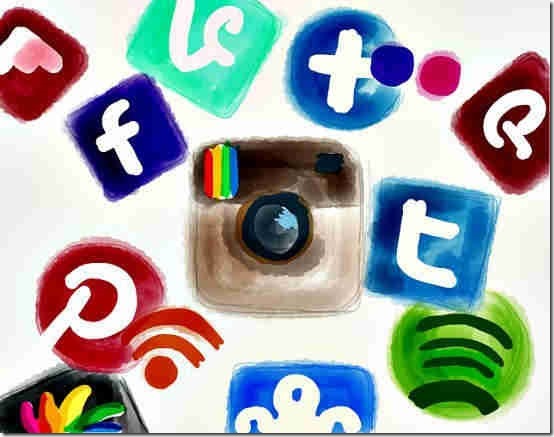 There’s no denying the fact that social networking services account for quite a sizeable chunk of the global Internet traffic. Billions of people all around the globe post a whole lot of photos, videos, memes, and much more to their social networking accounts, on an daily hourly basis. Although most social networking addicted folks have no problems juggling between different browser tabs to keep themselves updated with the latest selfies and food photos that are posted on their feeds, but still, at times, all of these constantly updating feeds can become a little too much to keep up with, don’t you think?

Now, what if I told you, that there’s a way you can keep yourself updated with all of the latest updates in your social feeds, from one location, without having to shuffle through multiple browser tabs? Wouldn’t that be awesome? Of course it would be!

Turns out, you can, with a simple web service that might just be what you need. Say hello, to Feedient.

Feedient: All (kind of) your social networking accounts in one place

Feedient is an online web service that might just be the answer to a social networking addict’s woes. It pulls all of your social networking feeds into one central place, thereby letting you keep yourself updated with the latest happenings in your online social circles. Though it only supports four major services as of now; Facebook, Twitter, Instagram and YouTube, I personally believe that these four services should suffice for the majority of social networking nuts, since the said four services are certainly the most popular ones out there. Feedient also has some real nifty features like real-time automatic updates of social feeds, and universal notifications.

I see that the liker, commenter and tweeter in you is already getting really anxious to know more. Alright then, let’s cut the talk and see what Feedient has got: 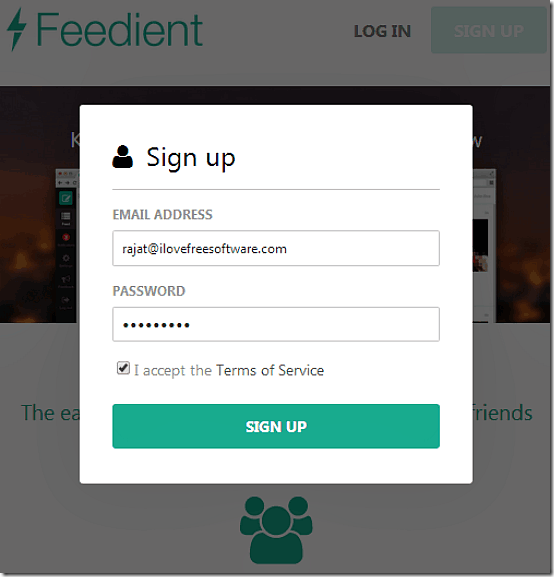 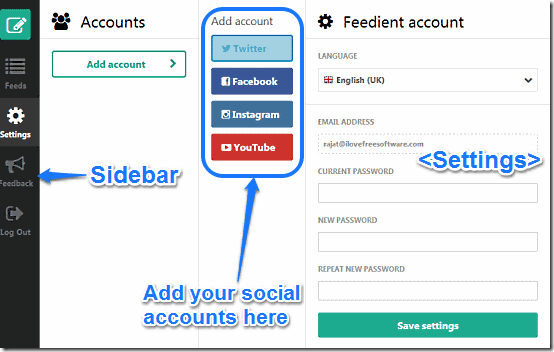 As illustrated by the above screenshot, Feedient features a tabbed main UI, and a little sidebar. Here’s a little more about them:

Apart from the Sidebar, there is the settings pane, but the only settings you can change are your account password, and the interface language.

How to add your Social Networking accounts to Feedient?

That’s actually quite simple. All you have to do is click the button of the social account you want to add, enter your credentials, grant Feedient access to your account, and you’re good to go. Here’s a little demonstration, using the big daddy of social networks, Facebook. 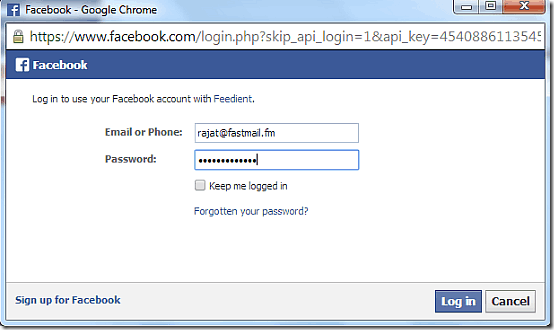 Step 2: The next few screens ask you to confirm that you want to grant Feedient access and your Facebook account (and let it carry out actions like posting updates, hitting likes etc.). You know what to to. 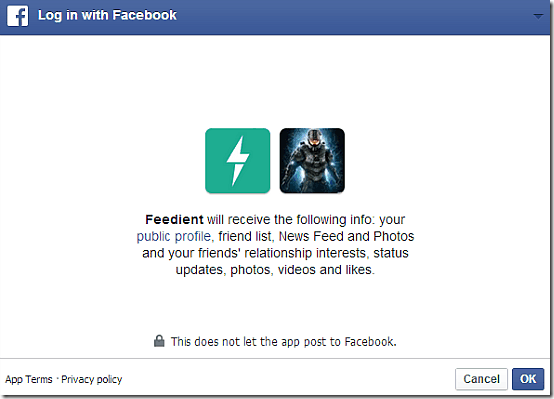 That’s it. Once everything’s all set, Feedient will automatically refresh, and will start displaying the latest updates on the added Facebook’s account in its Feeds section (accessed via the Sidebar). All of the other accounts (Twitter, Instagram and YouTube) can be added to Feedient using the same process as that outlined above. 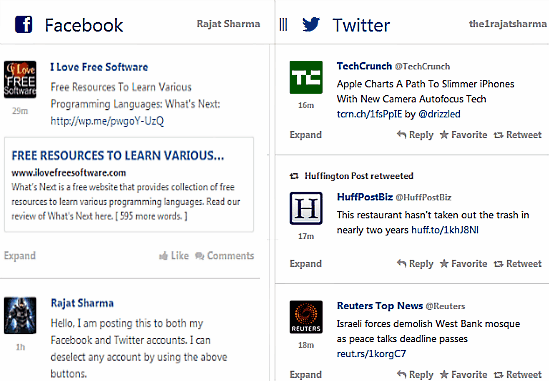 Pretty cool, don’t you think? All of your social networking feeds are automatically updated in real time. No more hitting F5 every five minutes!

How to Update Social Networks with Feedient:

Feedient isn’t just a centralized collection of your social networking updates. It also allows you to post content to them, as well as perform standard actions like liking, commenting, re-tweeting etc. from its Web UI itself. For this purpose, all of your social updates also have relevant links with them (Facebook posts have links for Liking and Commenting, Tweets have links for Re-tweeting etc.). Cool, isn’t it?

One of the really cool features of Feedient is its universal posting feature. This can come in really handy in situations when you want to post something to all your social accounts, sans the hassle of doing it individually. Doing so is really simple. All you have to do is use the big Green button on the left sidebar, enter whatever you want to post in the compose box, and hit Send Message. By default, everything you post is updated to all your connected social accounts. If you want to post selectively, all you have to do is deselect the button for the social networking account that you don’t want to post to. Check out the following animated graphic:

Feedient is a great freeware service for those who are crazy about social networking services, and want to be updated of the latest on their social feeds in real-time. Though it only supports four major services as of now, but I guess that’s just fine as these services are the ones with the largest number of users out there. With features like real-time automatic updates and the ability to cross post to multiple social services simultaneously, Feedient is sure to please those who live for liking and commenting left and right.