Here’s a list of 5 system temperature viewer software for Windows 10 which can be used to find out what the system temperatures of your Windows 10 powered devices are. Keeping track of temperature is important if you don’t want your hardware to end up being damaged. High temperatures can be caused by a number of different things. In most cases it’s dust that piles up in and around fans thus preventing proper cooling. With these applications you’ll be able to stay on top of temperatures and prevent them from getting too high. 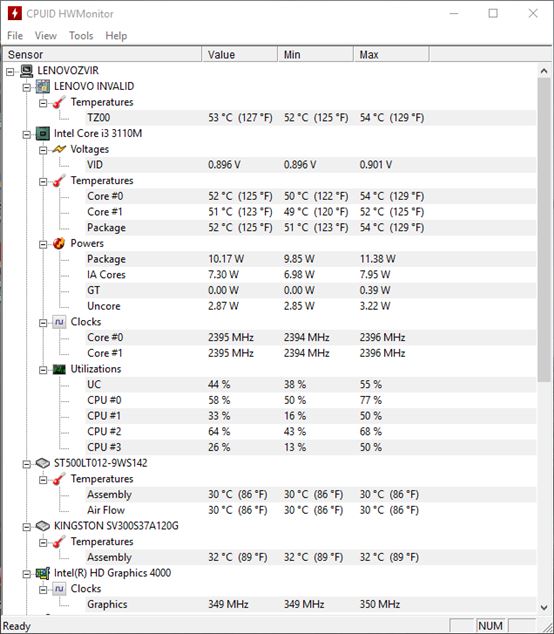 HWMonitor is a system temperature viewer software that I personally use. Like many other applications of these sort, temperature viewing isn’t the only thing that’s supported.

You also get to view hardware info, current system performance, battery health and more. Each hardware component is placed in its own category, and at the end of each category there’s temperature listed. What I like about HWMonitor is that while its running it will register temperature highs and lows. This comes in handy when gaming, so you can see how hot the GPU and CPU got while you were in-game. 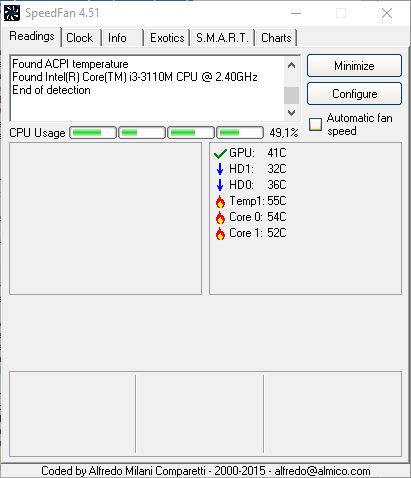 SpeedFan is another all around system monitoring software that you can use for much more than just keeping track of temperatures. It’s actually designed to be software for controlling the speed of fans.

First thing that you’ll see after launching the application is the “Readings” tab which will report back temperature from all the sensors that SpeedFan detects. In my case it was the graphics card, hard drives, and processor temps.

Also, have a look at Monitor Voltage, Temperature, Fan Speed of PC With HWMonitor. 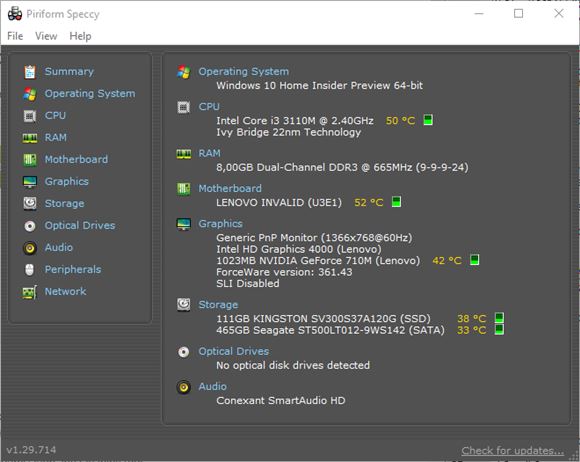 Next up is one of the best looking system temperature viewer software out there, Speccy from Piriform. Design of this application is good, but it’s also very useful as a full hardware checkup software.

Here you get to find out detailed info about your processor, motherboard, memory, hard drives, network cards, optical drives and more. What you see on the image above is the quick summary option, where basic info about hardware is given, including temperatures. 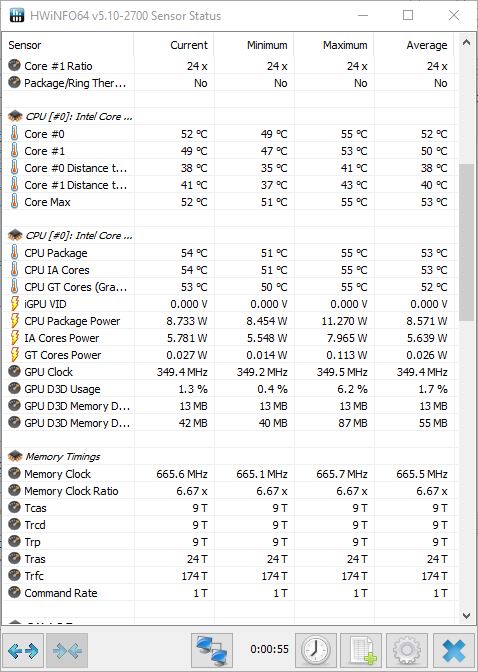 HWiNFO is the most advanced hardware checkup software that I have used and it of course also comes with extensive temperature monitoring, similar to that offered by HWMonitor.

While the sensor window is active, it is going to keep track of the current, minimum, maximum and average values of temperature, voltages, speeds, resource usage and so on. Both installable and portable versions exist in 32bit and native 64bit variations.

Also, have a look at Change Taskbar Color According To System Temperature: RAM CPU Taskbar. 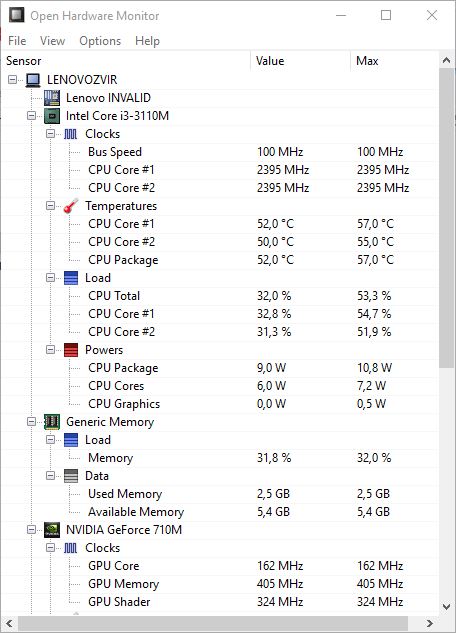 Open Hardware Monitor is very similar to HWMonitor but there are some small differences in terms of functionalities.

For example Open Hardware Monitor only tracks current and max temperatures while the application is active. It also doesn’t go into as much details about the hardware, plus it’s portable and can be minimized to system tray. If you think HWMonitor is bulky, then this is a great alternative for you.

HWiNFO offers a lot of info and I mean a lot, and that’s why I like it. Open Hardware Monitor is simplistic, which is also great if you’re into that kind of thing. HWMonitor is somewhere in between, that’s why I use it and recommend it if you’re looking for that sweet spot in the middle. Let me know what you think by leaving a comment down below.