Here’s a list of 5 Snakes and Ladders apps for Android which you can use to play this very popular game on your Android powered devices. Snakes and Ladders is a board game that originated in India and has with time taken over the entire world. In the United States, it’s also known as Chutes and Ladders. You probably know all about it, so there’s no point in talking about it any further. Let’s dive right in.

Snakes & Ladders for Android by Suneetha

Snakes & Ladders is a lightweight snakes and ladders game for Android that doesn’t impress with any kind of advanced options, graphics or anything like that. It’s main focus is simplicity. 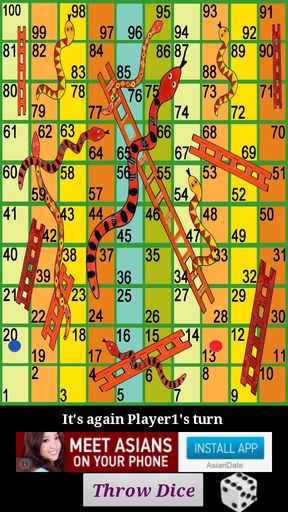 App lets you play against an AI (computer) or against another human, if you happen to have one near by. Despite being simplistic, the board graphics are nice to look at. Dice is at the bottom of the screen. To roll it, just tap on the Roll Dice button.

Get Snakes & Ladders by Suneetha.

Snakes and Ladders Ludo has a slightly better looking graphics, let’s you choose between several different board themes, up to 4 players are supported and you get realistic dice throwing effects. 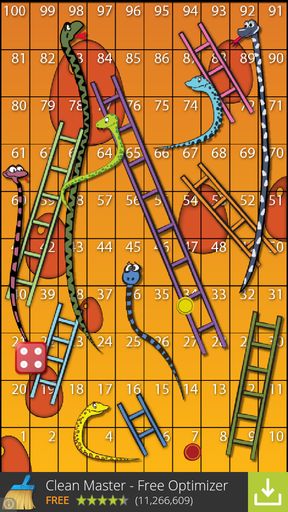 Game is customizable (board theme, number of players, magic number, coin movement speed) and it also support AI vs AI player. You pit computers against each other and enjoy in an “artificial” game of shoots and ladders.

Get Snakes and Ladders Ludo.

Snakes ‘n’ Ladders Classic has a oldie but goldie feel to the game. Even the app name itself suggests that things are like that. 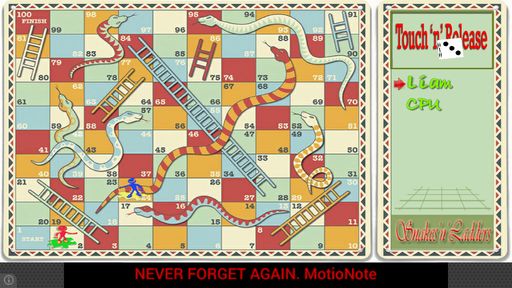 Supported gameplays include you playing against the CPU and a special time challange mode where the game is played against the clock and the goal is to reach the end of the board as soon a possible. Dice can be rolled by shaking the device. Try this game to get the feel of classic Snakes and Ladders on Android.

Snakes and ladders 3D by Marjupi

Snakes and ladders 3D supports only human vs. human gameplay and it supports up to 4 players. 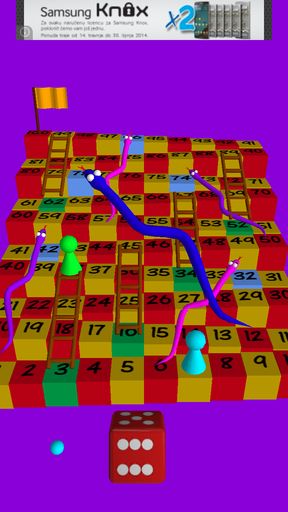 It’s a 3D game, but at the same time it’s also very simplistic. For example the only game setup menu option that pops up asks you to select the number of players and nothing more. Dice is rolled at the bottom of the screen and you can change the camera angle if you want.

Get Snakes and Ladders 3D.

Snakes and Ladders 3D for Android by Samir 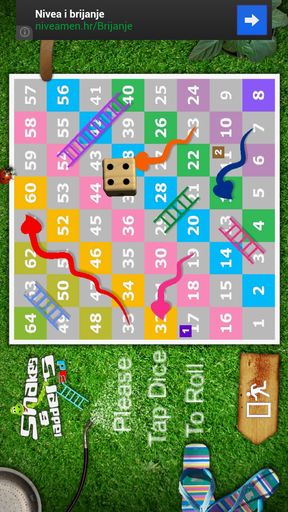 You get to play against the computer or setup a multiplayer game with up to 4 players. Dice roll effect is very realistic, which makes the game that much more enjoyable. You will really enjoy this Snakes and Ladders game on your Android, that lets you play against your friends as well.

Get Snakes and Ladders 3D by Samir.

So, Which Snakes and Ladders Game for Android is Best?

Picking a favorite snakes and ladders app out of the ones that are listed above isn’t easy, because they are all great. Snakes and Ladders 3D by Smair was slightly more fun to play, but all of them are great, so give them all a try and let us know how it goes in comments down below.