Here’s a list of 4 floating pop-out video players for Chrome which you can use to pop-out the video player on YouTube, for example, and watch it somewhere in the corner of the screen, while at the same time working on a spreadsheet or a Word document. You might be thinking that watching a video while working is going to be distracting, but what if someone needs to follow a tutorial or an instructional video? Having a pop-out video player will help boost productivity because you won’t have to jump between Chrome and the application that you’re trying to learn about.

Let’s see what kind of pop-out video player extensions can be found in the Chrome’s Webstore. 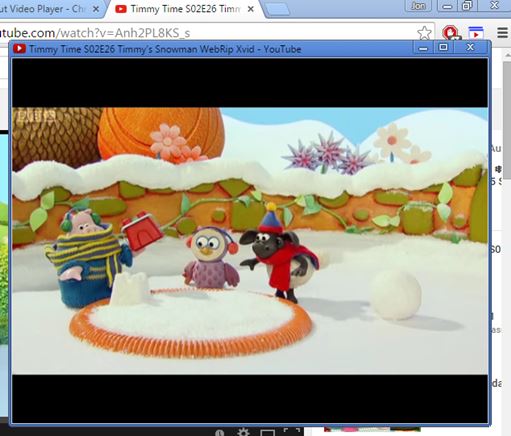 Click on that icon will take the video from inside the currently active tab, if you play a video on one of the supported websites, and opens it up in a resizable floating pop-out window. Move it to the side, or wherever it is you need it and press “Play” to enjoy the video in a floating window. 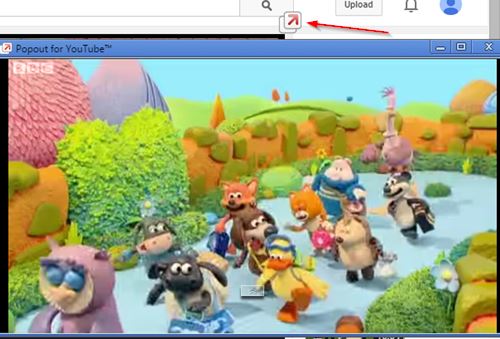 What I mean by that can be seen on the image above. After installing the extension, only a pop-out icon is added to the top right corner of the video player on YouTube, see image above. Clicking that button will load up the currently active video in a pop-out window.

Also, have a look at Stream YouTube, Netflix videos in Floating, Resizable Window. 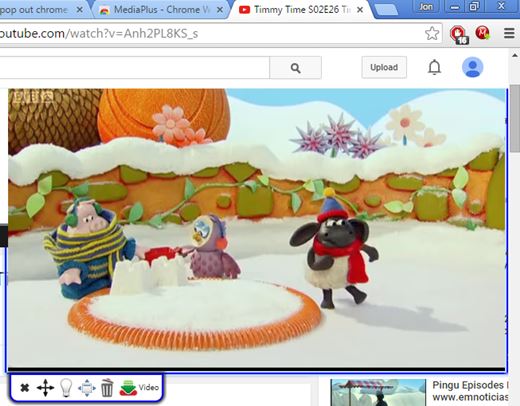 MediaPlus is a floating pop-out video player which promises to be universal, meaning that it should work with every flash or HTML5 based video player. I tested it with YouTube and Facebook video and it really did work on those two.

From the top right corner you can activate page scans, where media players on web pages inside currently active tabs are detected. Once that’s done, you’ll get an additional mouse hover controls, one of which is for popping out the media player. You can see the extension in action on the image above. 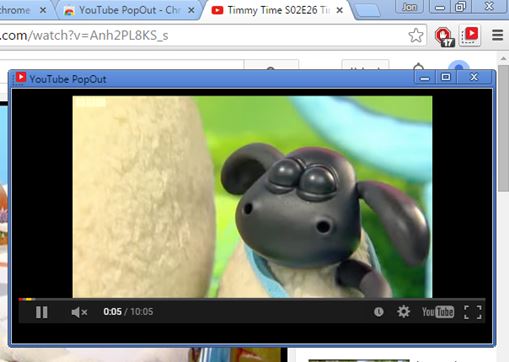 YouTube PopOut is similar to Popout for YouTube, only instead of adding a pop-out button that becomes available when you mouse hover over the video player on YouTube, this extension has a top right corner icon that does that.

Using it is pretty straightforward. With the video playing, just click on the top right corner icon and the currently active video is going to be “popped out” into its own draggable and resizable window.

Also, have a look at Chrome Extension To Watch YouTube Videos In Floating Pop-Up Window.

MediaPlus is interesting because it supposedly works with every website out there, although for obvious reasons I can’t confirm that this is true. Give it a shot if you want to have a pop-out on one of the less popular websites. Popout Video Player, the first extension from the list, is great because it covers all the more popular websites like YouTube, Vimeo and Dailymotion. Let me know which video player pop-out extension you liked the most out of the 4 floating pop-out video players that I mentioned above.