Here’s a list of 5 Google Chrome extensions which you can use in order to write and send SMS from Chrome. With these extensions you won’t have to pick up your phone in order to send messages. Everything is gonna be done from inside your favorite web browser. 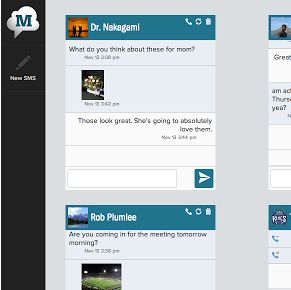 MightyText is one of those extension that we mentioned which require installation of additional apps on your phone. The reason why additional apps are needed is because MightyText uses you phone number in order to send SMS from Chrome.

App can be installed from Play Store. Only Android is supported so far. After installing the extension you’re gonna have to allow it access to your Google account. Using the Google account it will then connect with Android using the installed app and allow you to send messages from your phone using Chrome. 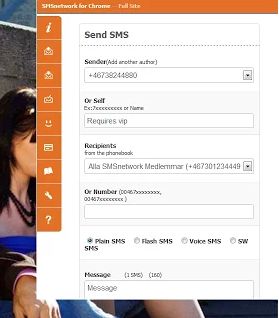 SMSnetwork for Chrome is an extension that works with a website that bears the same name. You will have to register on the website in order to be able to send messages.

After registration you get an account with a free number, a phone book, SMS management and more. Up to 6 messages can be sent per day. Once you have an account you’ll be able to login into the extension and start sending messages from Chrome. You can also do the same thing using the website. Most countries are supported. 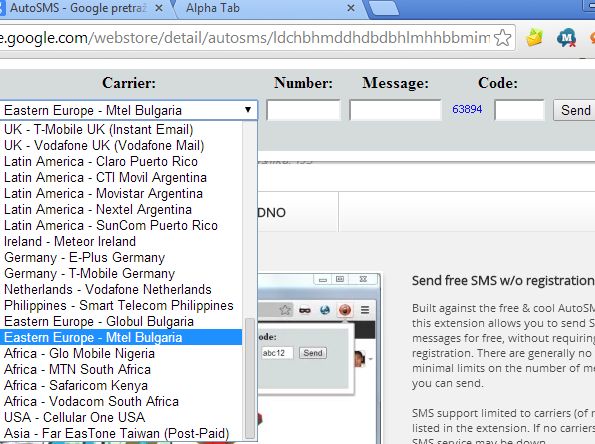 AutoSMS can be used to send messages using carriers from the Caribbean, USA, Canada, United Kingdom, Ireland, Germany, Netherlands and there are also carriers intended for entire continents (South America, Asia and Africa).

To send messages you just have to type in the recipients phone number (including area code), message and the captcha code. Click Send and message is sent out. The only drawback of this extension is that the recipients can’t reply to you on the number from which they’ve received the message, since it’s the carriers phone number. 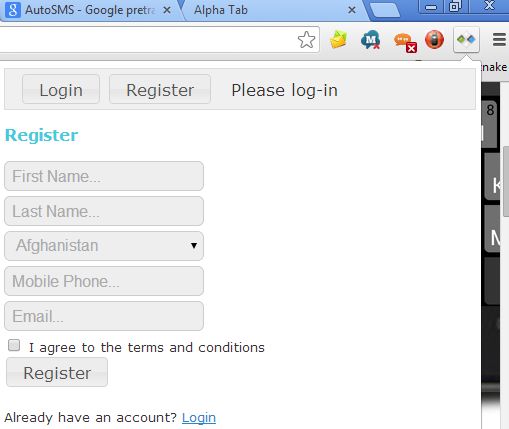 PlirisTexty is a free SMS service that’s supported with ads. At the end of each message a 70 character ad is added.

Over 100 countries are supported. To use this service you’re again gonna have to register an account with the website. Once you’ve done that, you’ll be able to login into the PlirisTexty Chrome extension and send texts from there. 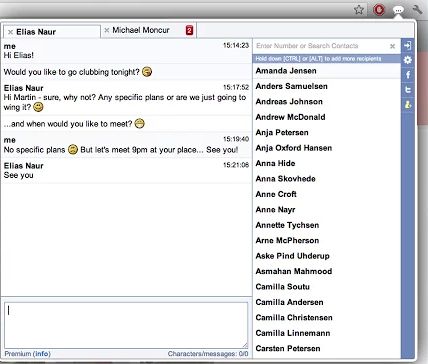 To finish things off here’s another extension which you can use to send messages from your phone using Chrome.

You again have to install an app from Google Play, pair up your phone and the extension, and you’re then ready to start sending messages from your phone, using Chrome.

It’s important to know that some of these extensions might not work at times, especially AutoSMS, which depends on whether or not carriers that it uses are available or not. Despite that, they are worth checking out, especially the two that are connecting to your phone in order to send messages, which will work as long as your phone has credit. If you have any comments or suggestions, leave them in the comment section down below.