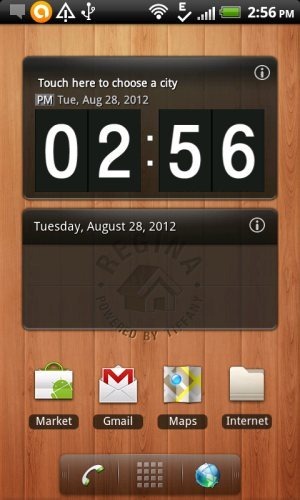 The sad part of this Android launcher app is its landscape mode. You cannot switch to landscape mode with the launcher. Also, the app is not available for tablet devices. The only thing to remember is that, your device should have an appropriate graphic chip in order to support the graphics of this 3D launcher.

Regina 3D Launcher is a simple app. I truly liked the simplicity of the app. No extra icons like Go Launcher. Just a simple home screen, the task bar with three app launcher icon, time and date window, and scheduled appointment window. Also, I liked app page count. You can count the number of pages and memorize that which app is on which page. This makes it even easier for you to scroll the app pages and find any particular app faster when you have the long list of apps installed on your high-end Android phone.

Download and install Regina 3D Launcher from here or scan the QR code below. 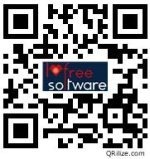 The popular Regina 3D Launcher makes your Android look totally different than it was earlier. All the app launcher icons and installed apps transition changes. Just head to one of the easiest launcher in Google Play Store and get this nice launcher.

You can also check out other launcher apps for Android reviewed by us.