Radioz is a free internet radio manager for Windows. It comes with a built-in list of radio stations from sources like Sky.fm, Digitally Imported and Radionomy, but it will not play them, it’s just a manager. Instead of starting the stream of the selected radio station, when you click Play, Radioz will open it up inside Windows Media Player. It uses an external player in order to stream radio stations.

On the image down below you can see this free internet radio manager in action. Radio stations which are included by default can be seen in the left sidebar, sorted into groups. Next to the three radio station groups that I mentioned in the introduction, there’s also United States and Turkey groups that are available where you can of course select radio stations from those countries. Each of them has couple of dozen different radio stations to choose from. 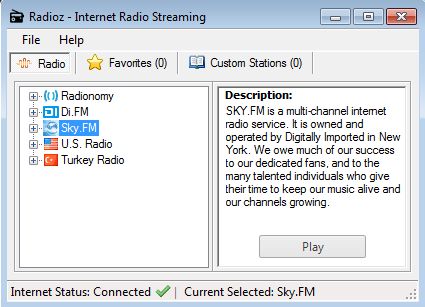 Quick access toolbar underneath the standard menu in the top left corner has additional tabs for switching between Favorites and Custom Stations. All the stations that you like and favorite, from the list of the ones that you get by default, will be added under the Favorites tab. Custom Stations on the other hand are for the radio station streams that you’ve added yourself, manually.

Key features of Radioz are:

Before you decide to use Radioz, you need to make sure that Windows Media Player is installed and running. If you don’t have it and you use a different media player as your default player, Radioz might not work properly. Here’s a few pointers to help you get started.

How to manage and play radio stations with Radioz: free internet radio manager

You can start streaming radio right away after clicking on the Radioz executable, seeing how it’s portable. 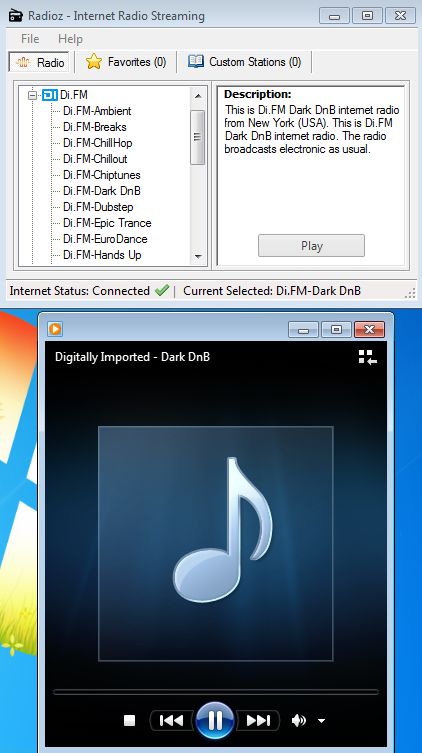 Two things you need to do in order to start steaming with Radioz, select the radio station from the left sidebar and then click on the Play button from the right section of the interface. Windows Media Player should pop-up and start playing the selected radio station. 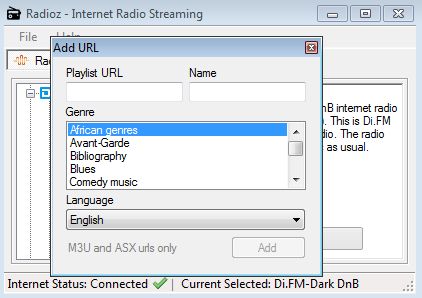 If you are interested in adding your own radio stations to Radioz, you’re gonna have to click on File >> Add Radio Station.