This is a simple portable software that you can use on any Windows 11 build in the 22XXXX series. It will help you install Android system even on non-supported PCs. After the Android system has been installed, then you can install Android apps from the app store(if you are in the USA) or sideload them if you live outside the USA.

There is a manual process of installing Android system in Windows 11 which we have covered here. Still, a lot of people can’t enable Android support in Windows 11. For those people, WSA Toolbox is made. See how to use it in the next section. 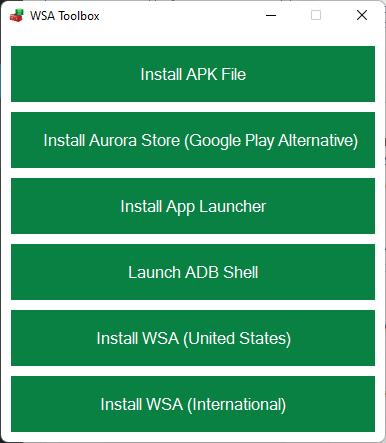 WSA Toolbox is open-source software and you can download it from here. After downloading it, you can run it right away. The main UI will show up, which looks like as shown below in the screenshot. 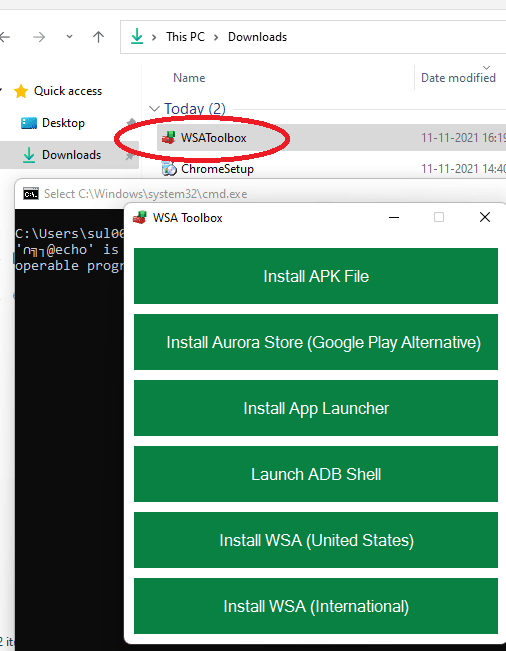 Now, if you live in the USA and you have the supported Windows 11 PC, then just click on the “Install WSA” button. It will take you to the Windows Store page from where you can download Windows Subsystem for Android which will install Amazon App Store as well. 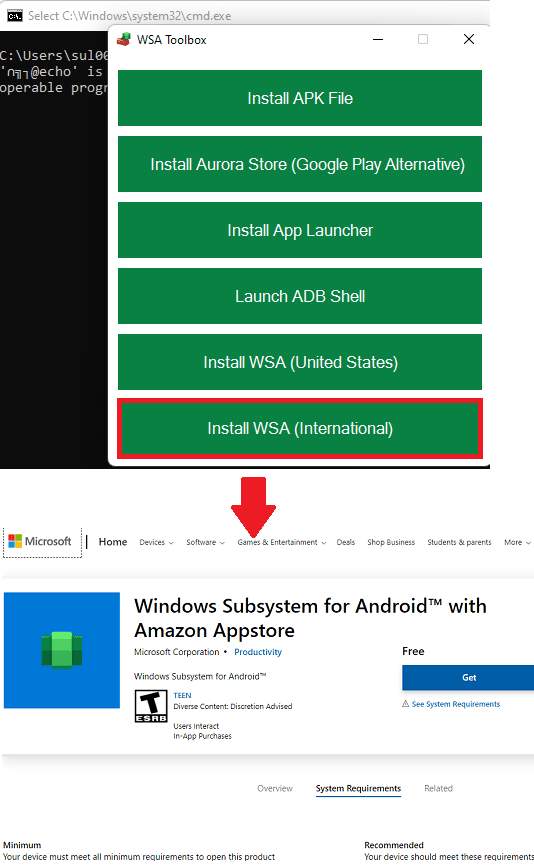 Now, when you have installed the Android system, it will appear in the Start menu. After a while, you will also see that Amazon App Store is also installed. 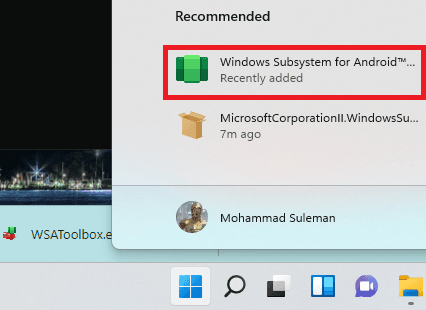 In case, you are outside the USA and don’t have a supported Windows 11 PC, then you will have to use the manual approach which is mentioned here. There’s nothing can be done to get around this.

Finally when the Android system is installed, you can start installing apps. You can install apps using WSA Toolbox itself. Just use the “Install APK File” and then locate an APK file to install. It will quickly install the APK file and then you can find it in the Start menu. 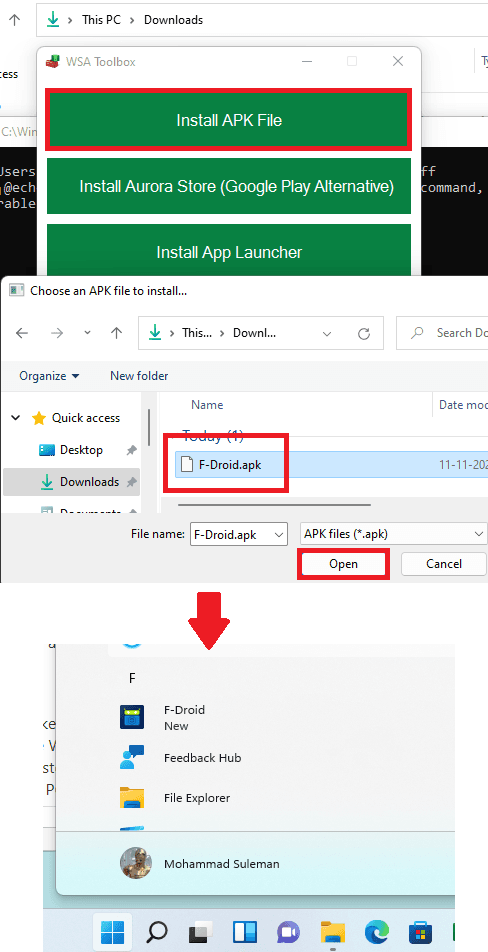 Not only sideloading Android apps, but you can also install app launcher in Windows 11. Just click on the “Install App Launcher” button and it will install the Android app launcher that you can use. In the app launcher, you add new apps and then launch all the installed Android apps from this unified UI.

For those who don’t like to go through the complicated process of installing Android system in Windows 11 through command line can use WSA Toolbox. It is a very simple software and runs in portable mode. Just open it up and install Windows Subsystem for Android in just a few clicks. It also guides you through the process in case you are using an unsupported PC.