MKVToolNix is a complete set of free tools which you can use in order to create, inspect, and edit MKV files. With the help of this free Matroska editing toolbox you can do pretty much everything you can think of to MKV files, create them, edit, and just inspect to see which audio and video codecs are being used. 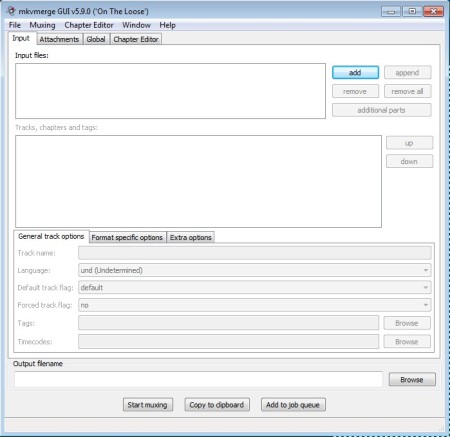 Image above shows us the interface of one of the tools which are available in the toolbox called mkvmerge. Most of the other tools that are offered are command line tools so if you are used to a graphical interface, and you want to use MKVToolNix, you’ll have to learn how to type in commands to the command prompt. If on the other hand you would still like to use your mouse and simply click on options to edit MKV files, you can also try MKVToolNix graphical interfaces which you’ll be offered to download upon installation.

For those who don’t know what MKV (Matroska video) and Matroska are, these are a free, open source, and highly extensible multimedia containers. Think of MKV as a rival to AVI, it’s basically the same thing, the only difference being that with MKV you get much better compression, which means smaller video file size while preserving the same quality. Here are few pointers to help you edit video files using MKVToolNix.

How to Create and Edit Matroska MKV files with MKVToolNix?

To use the command line, the best place where to find information about everything that can be done and how to do it would be the website of MKVToolNix. This is where you can find extensive information and tutorials. For you we decided to play around with the mkvmerge and see what this MKV editing tool has to offer. 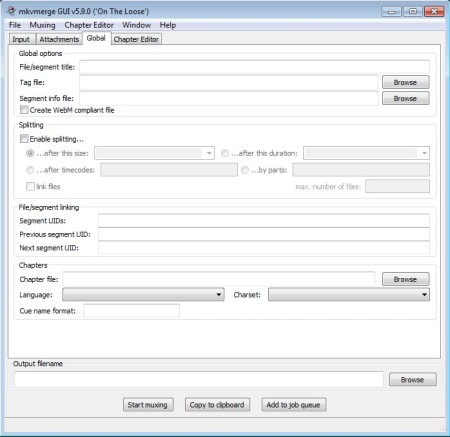 Input tab is where you can add videos to the list of files that you want to manipulate. These can be MKV, but they can also be any of the previously mentioned formats. When you’re ready, move over to either the Global tab, which can be seen in the image above, where you can set edit MKV video tags and splitting or to the Chapter Editor tab where you can play around with chapters. 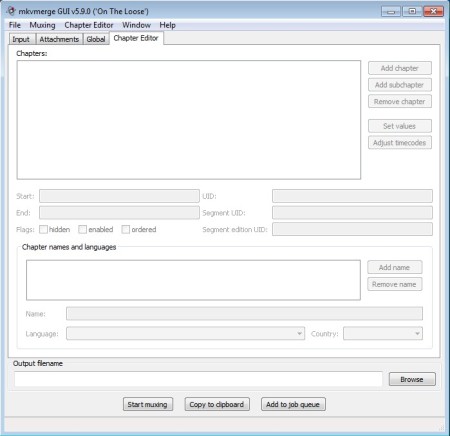 MKVToolNix offers a lot of useful tools and great thing about it would be the fact that it’s cross-platform, it works on all the major systems, including Unix. Lack of GUI for all the features that it has to offer might be a small drawback, but you can easily get around that with the additional GUI front ends that you are offered to install. Give it a spin, and see how useful this free Matroska editor can be.

Also, check out AVS Video Editor, FlixMaster, and VideoToolBox posted by us.