Conweets provides an easy, four-step process to view conversation between two people. Once you open the homepage of Conweets, you need to click on the “Sign in with Twitter” button.

The following steps will guide you how to read conversations using Conweets: 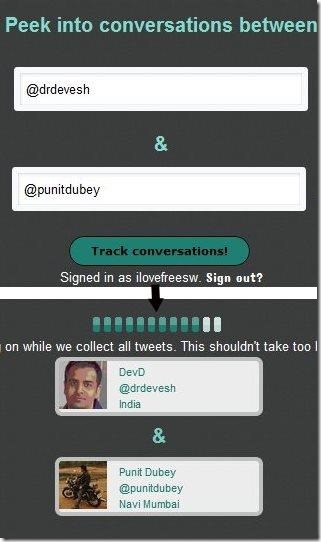 Conweets not only makes it easier to read old conversation between people, but also provides a friendly interface to make the reading part more interesting. So if you want to dig up old conversations between two people, go; get connected with Conweets .