Here’s a list of 5 funny voice software for Windows 10. Playing pranks is a lot of fun. Pranking friends and family with morphed voice is harmless and a lot of fun, unlike the pranks that can be seen on YouTube, which are, if we’re being honest, kinda getting out of hand. With the applications from the list down below you’ll be able to create funny voices like helium voice, deep voices and so on.

Let’s see how they work. 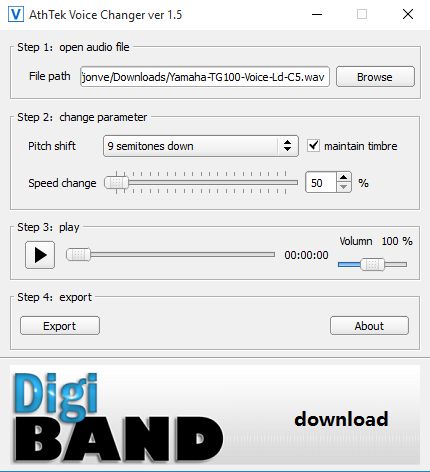 AthTek Free Voice Changer is a funny voice software that can be used to manipulate voice on existing WAV tracks. It’s simple, without a lot of options, but it gets the job done.

Four steps is all it takes to create a funny voice mix from existing recordings. First they need to be opened up. In step two you tweak pitch, speed and decide if you want to maintain timbre. Step three is for previewing changes and if everything’s in order go to the last step and export the track. 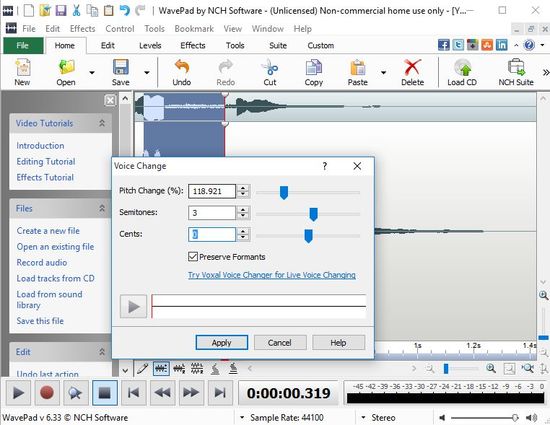 WavePad Audio Editing is much more advanced than AthTek Free Voice Change. Despite that it’s still small, just a couple of MB in size.

Waveform analyzer helps you select only portions of tracks where you want to apply the funny voice effect. After selection is made, you can select Effects >> Voice Change to setup a funny voice by changing pitch, semitones, cents and so on. Other effects are also available.

Also, have a look at Change Your Voice For Free With Voice Changer.

Funny Voice is a bit of a different funny voice software from the two that I mentioned so far. It’s different because it supports real time conversion of your voice into a funny voice.

It does this by installing additional software based audio drivers that take your voice from the hardware mic and then into another virtual mic that distorts the sound during playback. Funny voice can be had by changing the pitch. 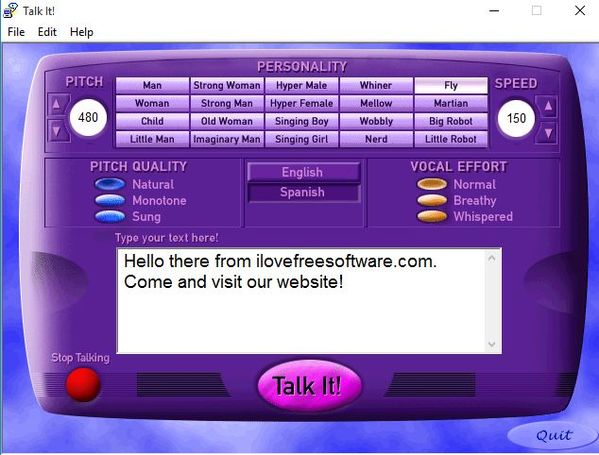 Ogif’s TalkAny brings another unique way how funny voices can be setup and played. This is actually a TTS, text to speech engine. It will take text that you add to the input box at the bottom and play it with the funny voice you select from the menu at the top.

Also, have a look at Add Fun Effects To Your Voice With Simple Voice Changer for Android. 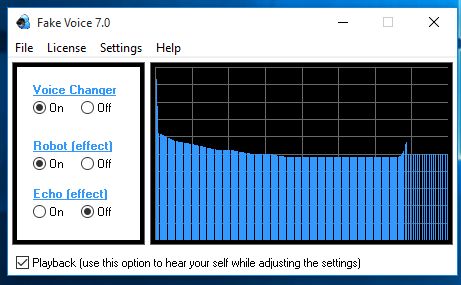 Fake Voice operates similarly to how Funny Voice does, with the exception that there are more options for tweaking the voice available here.

Additional capture device is added to your system by this application through which microphone recordings will go. You can then setup this device to be used in audio recording applications or in IMs like Skype. Available effects include things like echo, robot and then there’s the classic voice changer.

Out of the 5 funny voice software from the list above I really liked Ogif’s TalkAny. I liked it because it has a unique way how recording for the funny voice change are input (via text to speech). Fake Voice is also very interesting if you’re into real time funny voice processing.