Here’s a list of 5 Android alarm clock apps which have alarms that are difficult to turn off. Sleeping in all the time is never a good idea. It’s especially a bad idea when you have school or you need to go to work. Unfortunately a lot of us turn off the alarm clock, either because we think that we’re awake or by accident thinking that we are hitting the snooze button. Having a complicated alarm clock shutdown can help you wake up and stay awake because it forces you to start thinking instead of going back to sleep.

We scoured Play Store for such alarm clock apps and here’s what we found. 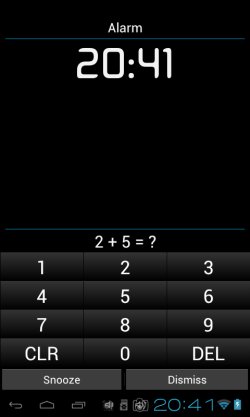 Alarm Clock Plus is an advanced alarm clock app that supports unlimited number of alarms. It also allows you to set a song from your collection for alarm or alternatively you can use one of its own alarm melodies. Third party apps like for example an online radio app can also be used for alarm.

What interests us the most is the way that the alarm can be dismissed. Alarm Clock Plus has a feature where in order to turn off the alarm you need solve a math problem. Difficulty of the math problem can be changed to the point where you need to do 3 digit addition, for example, to turn of the alarm, now that’s difficult, don’t you think.

Get Alarm Clock Plus. 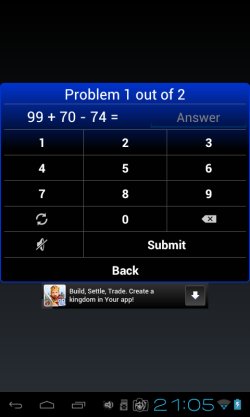 Alarm Clock Xtreme Free will also pester you with math in order to snooze or dismiss an alarm.

Here also the math problem difficulty can be changed from simple to very hard. Image above shows the hard difficulty. How much does it take to solve the problem when awake and how much do you think will you need when you’ve just been woken up and you’re still not sure where in space-time continuum you are exactly? 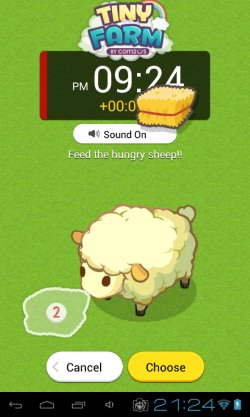 Instead of using math to increase the difficulty with which alarms are turned off, AlarmMon uses games.

This alarm clock app has different characters which are called AlarmMons. Each of them will ask you to do something, like for example sheep needs to be fed with hay, see image above, fish will ask you to clean up its fish tank, etc. Alarm is stopped only when you finish the tasks asked by the character. 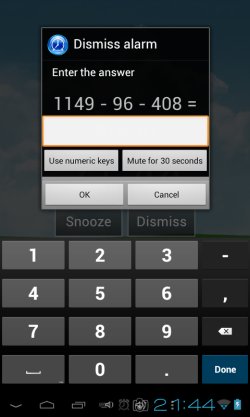 From games we’re back to math. Smart Alarm Free also uses math in order to make sure that you wake up when you need to wake up.

To make things more difficult, increase the complexity of the math problem that you’re asked for dismissing the alarm. 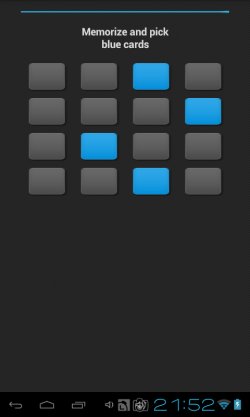 To finish things off we’re gonna mention another alarm clock app that isn’t using math to make things difficult when turning of the alarm.

Like the name of Puzzle Alarm Clock suggests, puzzles are used instead. If you don’t like the puzzle showed on the image above, others are available.

We suggest that out of the 5 alarm clock app above, you start your tests with AlarmMon and Puzzle Alarm Clock and then you use Smart Alarm Free if you want to solve math to dismiss the alarm. Let us know what you think is the best in the comments down below.