DarkAudacity is a free open source redesigned version of popular audio editor Audacity. This is Audacity, but with an improved interface, and some improvement in functionality as well.

The major changes are in terms of simplifying the interface clutter of Audacity.

The color scheme and the icons have been changed. The menus are now more clutter free as they have been made shorter, and the most used options in the menus are kept on top. The meters on the interface don’t have numbers anymore, which further reduces the previous clutters. On Audacity, “Pause down” used to disable most of the functions of the software, but in DarkAudacity it simply just pauses the recording or playback. 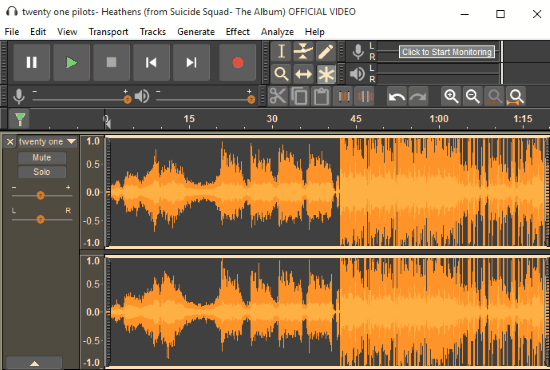 You can also take a look at our review of Audacity.

How DarkAudacity Is Different than Audacity:

The Following are the major differences you will notice while using DarkAudacity: 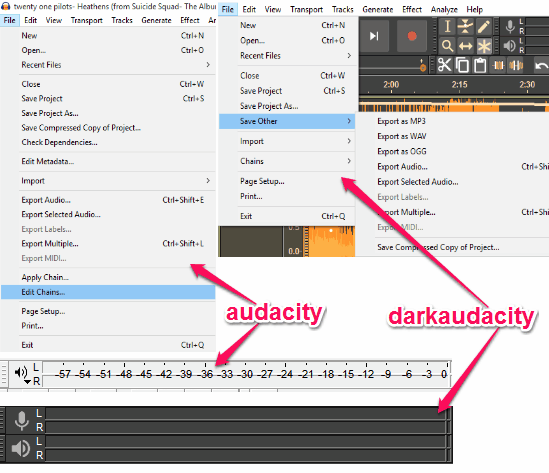 Even after having a cluttered interface, Audacity has always been one of the most popular audio editor in the market. And, since most of the kinks associated with Audacity’s UI have been resolved with DarkAudacity and that too for free, makes it even more sought for audio editor now.