Rail Maze is a Windows 8 Train Game.In this game, your main aim is to get the train safely to the end. There are 100+ levels available in this game. The game includes a lot of strategy making. You have to place a number of things like Railroad tiles accurately such that a clean path is made between the start and the end point, and the train reaches safely.

On your way, you may face dangers like pirate trains, or you may be having extra long carriage which you have to carry along with you, or there may be tunnels to cross, and many other similar kind of dangers. 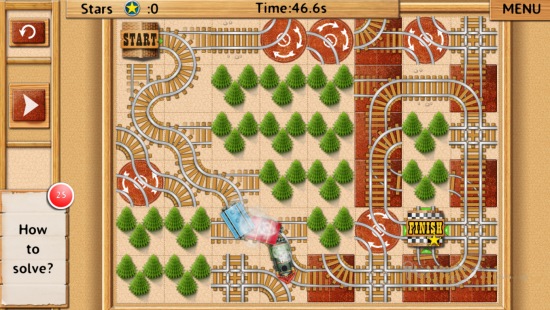 Rail Maze is freely available in the Games category of the Windows store.

As you get in to the game, then at the main landing page, you would be show the main menu of the game. From there, to start the game, you have to use the select level option that is given there. As you use the select level option, the option to select the game type will be shown. Here, 5 game types are available, namely: Labyrinth, Labyrinth Pro, Build Railroad, Snake, and Longest Railroad. 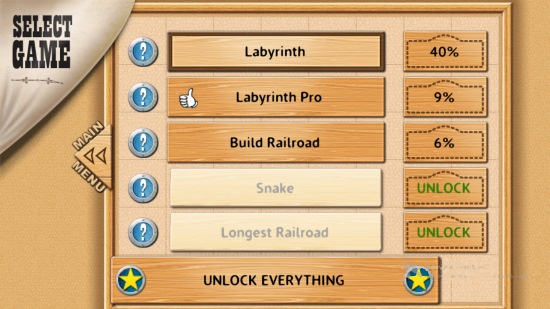 On this screen, if you use the question mark that is given for each game type, you would be shown the instructions of what to do with each type. As you choose the game type, all the levels for it will be shown to you. The advantage with this game is that more than 100 levels are available in the game, with more than 15 levels assigned for each game type. Use the instructions and start playing.

Let me give you idea about the game play.

In the labyrinth game, two types are included, namely, Labyrinth and Labyrinth Pro. In these, railroad tiles would be placed in a jumbled way all along the way. You have to join them in such a way that a path is maintained from the start to end. In the game, you may encounter tunnels, Pirate trains, and other trains. Take appropriate measures to clear these levels. One star would be earned by you for each level that you clear. At the end of each game, score will be given to you in accordance with the stars you have earned and time you have taken. 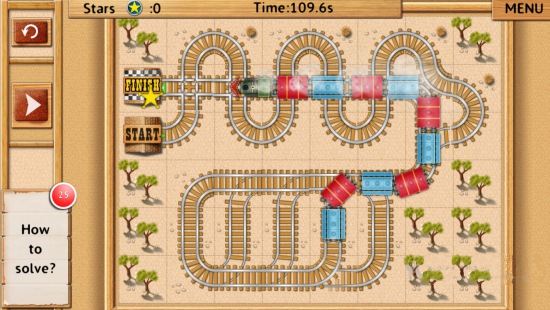 Here, you have to build the railroad in order to reach the end. Use the inventory that will be provided to you on the left side. Just a simple drag to the appropriate place would help. All along the way, stars may be present. As you pass through them, you will collect them. If your train crash three times, game will be over. 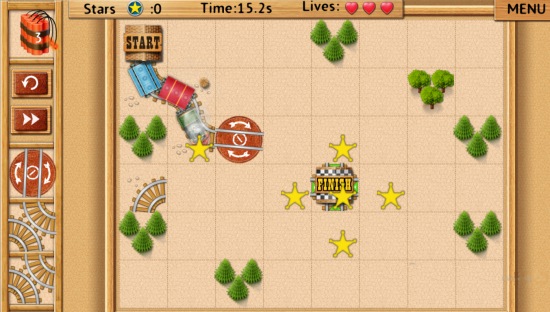 This game is sure going to keep you attached for hours. Have fun!

Rail Maze is quite a nice Windows 8 Train Game. It has more than 100 levels to play, and different game types that ensures full involvement of the user. It is highly recommended.