Asher’s Maze is a free Windows 8 maze game app. It’s a simple and interesting game app, especially for kids. The game somewhat reminds you of Pac-Man, the popular and one of the classic arcade game, because here also you’ll eat different stuff, that are good for you along with avoiding some evil and bad guys. However, it is not completely similar to Pac-Man because, unlike Pac-Man you don’t have the power, using which you can make your enemy disappear. The only thing that you can do is be quicker than them and avoid them as much as you can. The game has a total 24 different levels, out of which you 19 levels for free. It does sounds a bit less, but if you liked it too much then you can always unlock rest of the levels by paying a few bucks or otherwise, play and finish the free levels. 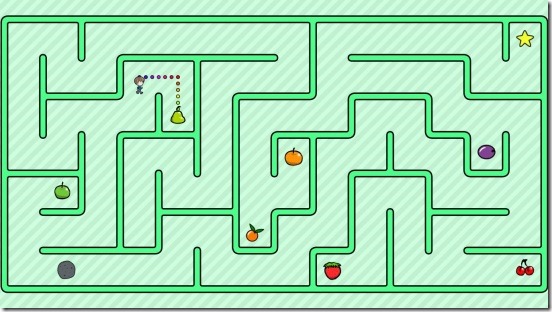 The game is developed with children as the focus point. But even the adults can play the game. However it will take a few minutes for them to complete the game, as the game is quite easy. Still it has a pretty good gameplay and will at least keep you engaged for few minutes. So, this is a very good game app for those who like to play those games which don’t consume too much of your time and finishe quite fast.

And for the children, the game is a must have Windows 8 game app. Asher’s maze is a good medium to keep children glued to the game and give their brain a little exercise. It has got cute graphics with good gameplay and good mazes with good difficulty level. 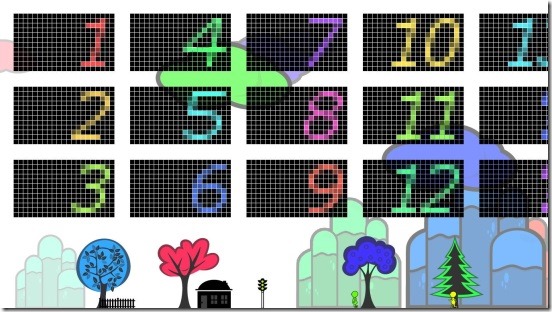 The game is easy in initial levels, and gets tougher as you advance in the levels. That is you’ll start getting bigger mazes, with misleading paths and blockages. Plus you’ll also start getting more numbers of bears and stones; with both trying to hunt or roll you down. You have to try your best to avoid them because, even if you get touched by them, the level ends the very moment; somewhat like Pac-Man. Besides this there are some really good features of the game like it has got a fast gameplay, the character moves fast and there are many ways to control the character. You can either draw complete path in advance by click-drag method, and then sit back and watch the character follow the path you drew. Or you can make small paths by clicking on the desired places in the maze. The fist method is good for initial levels and the second method is good for higher levels, because in higher levels you need to wait and let the stones pass. You just can’t run all the time. 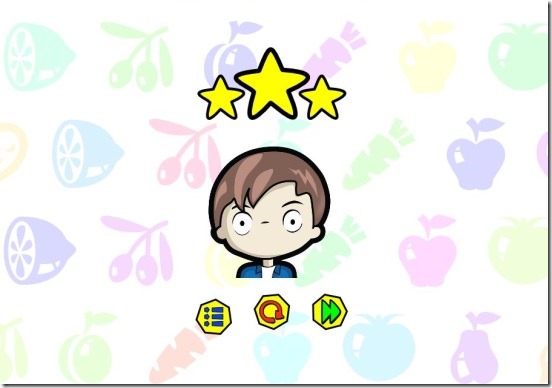 There’s no time limit in the game. Eat all the fruits, avoid all the bears and stones, and reach the final destination (Star) in the maze, to complete the level. At the end your performance gets scored with 3 stars based on the fruits you ate.

If you like maze games then here are two good Windows 8 maze game apps for you: Tilt Maze and Nutjitsu.

Asher’s Maze is a good Windows 8 maze game app. It’s fast, simple, and has good gameplay. Also it’s totally functional and works without any lags or crashes. A good game app to play and complete whenever you are free.

If you are a Pac-Man fan then you should try out Capman, a really good free Pac-Man Game app for Windows 8.