The game also has an option to pin any particular game to the start screen from where you can access it with just one click. The game also will give you the option to share your score with others over the Internet, using the Windows 8 Share Charm. In addition to all that, you can also pause the game anytime. 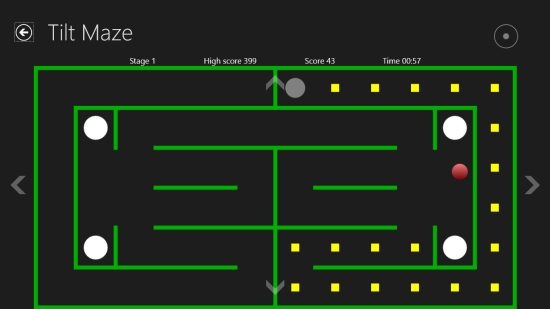 Tilt Maze can be freely availed from the Games category of the Windows Store. 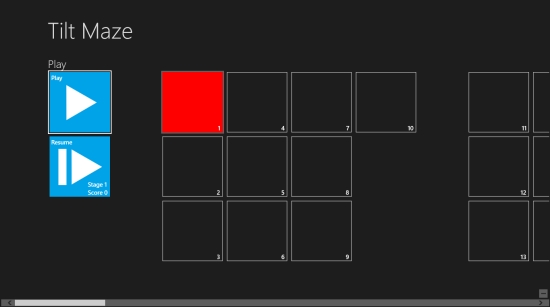 Progressing through the Game

The controls of the game are quite easy. You can tilt the board by using the arrows available on the top, bottom, left, and right of the game board. You can also use the arrow buttons given on your keyboard to tilt. For accelerometer enabled devices, you can tilt the device to any side to tilt. 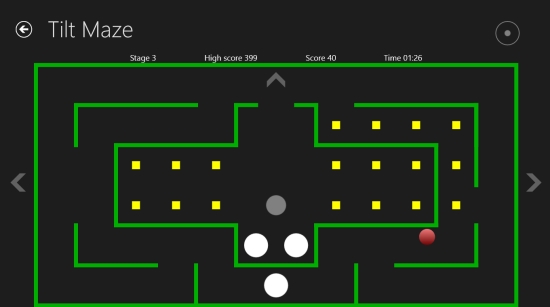 In addition to all of this, there is also an option to share the score you have made. For that, after you have completed any level, use the Windows 8 Share Charm. 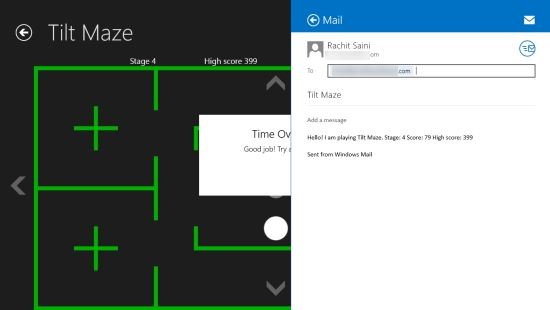 According to my experience playing the Game, Tilt Maze is a nice Windows 8 Maze Game. Its controls are quite easy. I would recommend trying it out.