Nutjitsu, is a free Windows 8 maze game app. It is a combination of both maze and puzzle games and is somewhat similar to the legendary arcade game PACMAN. That’s why people started calling this Windows 8 game app, the modern age PACMAN. Well, the game play of this game app is: your are in a cute animal world, where the kitsune samurai has stolen your clan’s sacred acorns. So, it is you, who, as the hero ninja, have to sneak through the enemies region, and steal back the precious acorns and snatch victory from the enemies hands. The more acorns you collect, the more are the chances to unlock higher levels, and more chances to finish the game.

If you have played PACMAN and Burger Time, then you’ll like this game. It’s a good Windows 8 maze game app, and while playing it does remind you of PACMAN. 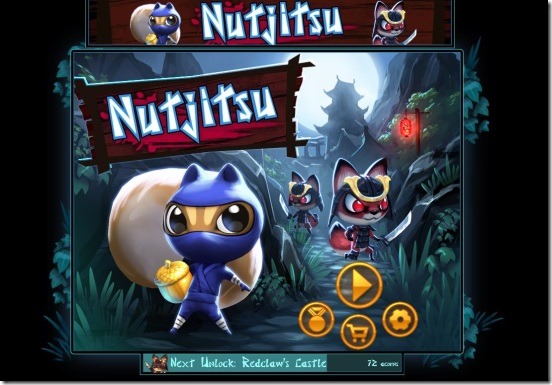 One thing that I can say about this Windows 8 game app, is: it sure is fun and pretty refreshing. The gameplay is straight simple, you’ll be going to different landscapes, which is the enemies den, and there will be samurai fox guards, guarding their area. All you have to do is sneak, avoid these foxes, and grab as many acorns (nuts) as you can, before getting caught up by the foxes. The nuts appear randomly at different locations in a landscape. Grabbing nuts helps you raise your scores. And hence, helps in unlocking the next landscape. There are different colored nuts, with different points. 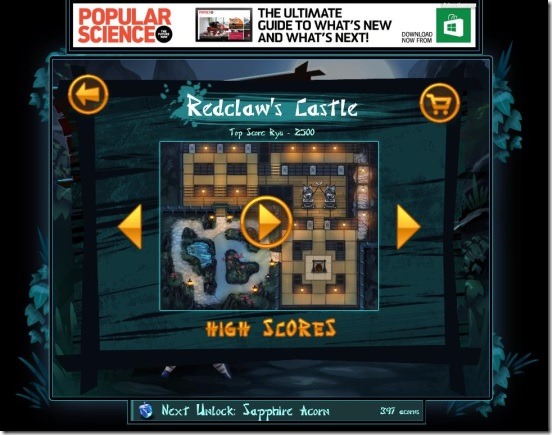 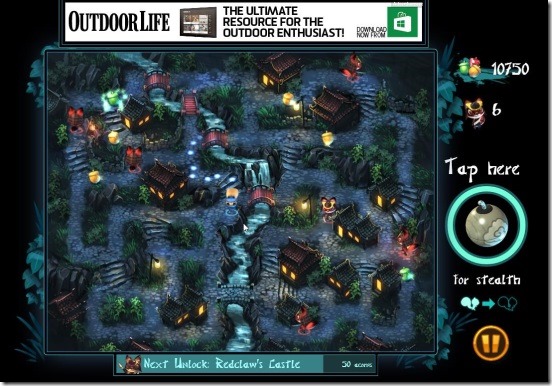 Well, I prefer using the click for guiding the character for small paths, and click-drag for longer paths. Also, as a tip don’t always run to grab the nuts (acorns), because doing that, usually ends up with, you being surrounded by the villainous foxes. But in such situations, you can use the cool smoke bomb, which makes the guards blind for a moment, and you can sneak away making the use of the smoke. But you can carry only one smoke bomb at a time. The vigilant foxes can track your steps by scent, so always try to keep ahead of them, or even wait (sneak) if required. 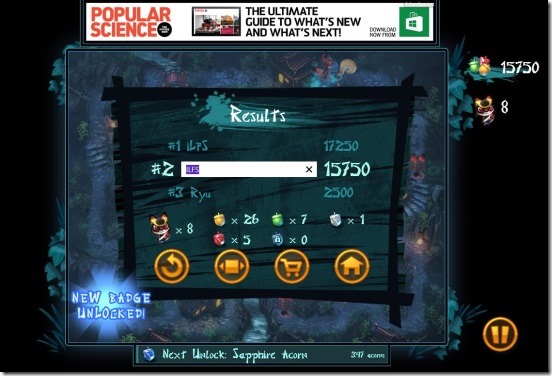 The game difficulty increases as the game advances, that is the more number of nuts you retrieve, the more samurai you must avoid. And if you get caught, the game ends. So try making good use of speed, wits and smoke bomb.

Also, if you are looking for a good Windows 8 PACMAN game app, then do check CAPMAN. It is as good as the original!