Ah! Wolves!! Summer, is free Windows 8 match 3 game app. The game is basically a puzzle game, where you have to match at least 3 similar items in order to form a superior object. The items are basically grasses, bushes, trees, huts, houses, and buildings. All you have to do is match 3 or more of these items to form a superior item. for example: matching 3 bushes form a tree, and matching 3 trees forms a hut etc. Your objective in this game is to form a colony, but be aware of the wolves, because they block you from building a colony by wandering here and there in the playing field. 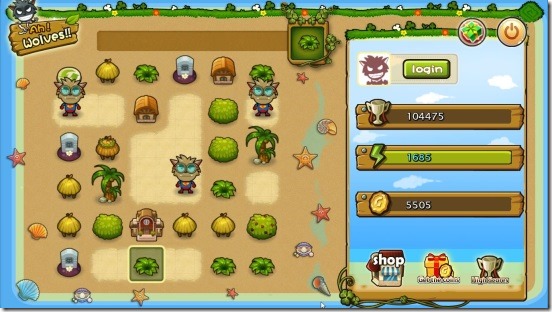 Matching 3 similar items and forming a colony in this Windows 8 match 3 game app:

Ah! Wolves!! Summer, sure is an interesting Windows 8 game app. I had a great time solving out the puzzle and forming a colony. Though I was able to form a colony only a few times. But, it is sure fun. One good thing about the app is it is very simple and easy to learn. Anyone can learn to play it. But not too easy to form a colony. There are no stages, in fact there is only one gameplay. 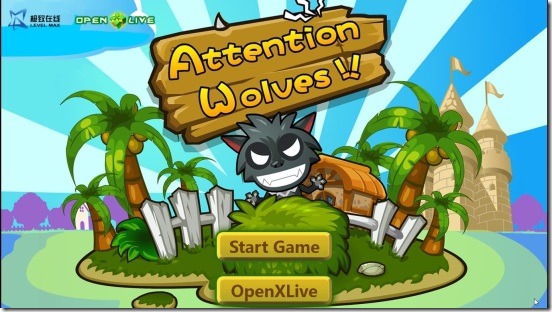 The objective of the game is to form a colony and get to the highest score. You can register (that is, make an account) and compete against the players from around the world. You won’t actually be playing against other players during the gameplay, but you’ll actually compete with them to get to the top on world leaderboard. 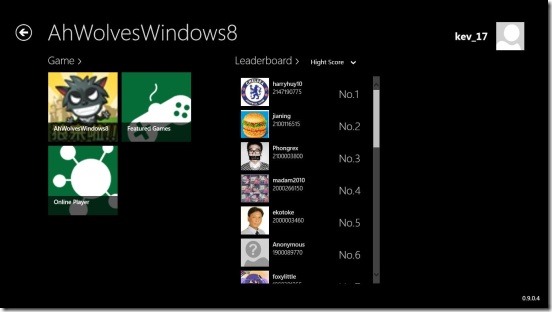 I liked the fact that this Windows 8 match 3 game gives instructions and explains scoring at the beginning of the game. They are easy to understand. The game is in 2D , and shows the playing field in semi top view. Simply click on Start Game button on the Main Screen, to start a new game. Doing so opens a playing field with few items on it. The game gives you random items on each turn, all you have to do is place those items on the field so that at least 3 similar items fall in a group. And like I said before, once you form a group of 3 or more, then they all get combined and form one superior item. You have to keep forming a superior item until no space is left to put an item on the playing filed. On placing each item gives you points, gold, and energy. 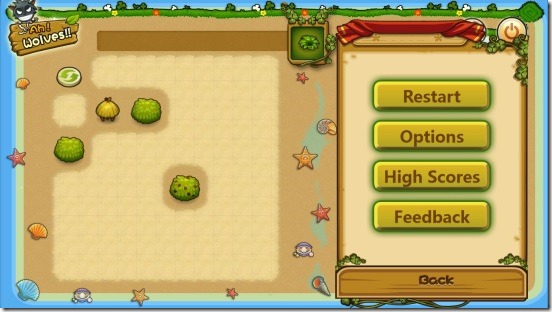 But you have to be careful with the wolves. Unlike the real world wolves, they don’t kill or eat someone. In fact they stand on your way and block you from forming a group of 3 similar items. Like the other, they also appear in some random turn and you have to place the wolf in an empty space. One cool thing in the gameplay is, you can actually kill the wolves by surrounding it from all sides, giving them no way to escape. Also like the items and wolves, you’ll also get bombs, which you can use to kill a wolf or destroy any item on the filed, which is blocking you from form a group of 3. 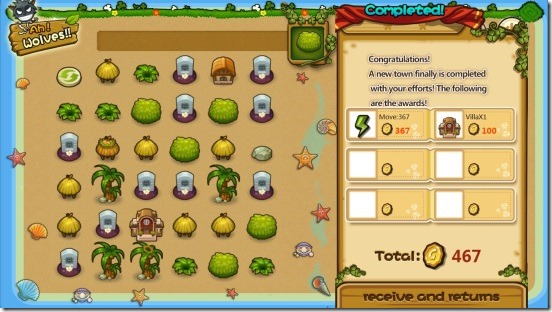 Ah! Wolves!! Summer, certainly is a really good Windows 8 match 3 game app. It interesting, addictive, and lots of fun. I did really spent a lot of time playing it. It’s completely functional, the animations are great and smooth. And one good point that every one agrees with is, it does improves your thinking and strategy making ability. All in all, a good free Windows 8 game app.