Thumb Formula Racer is a free formula 1 racing game for Android. Unlike most of the other car racing games for Android that you need to play with both hands, the uniqueness of this game is that you can play it with only hand easily (in fact, that’s the only way you can play it). The game runs in portrait mode, and you need to control the car with your thumb, while rest of your hand can safely hold the phone. So, when you are in a situation that you can spare only one hand to play a game, this is the game you should come to. And of course, that’s not the only good thing about this game; the game itself is pretty good and one of the best car racing games on Android. 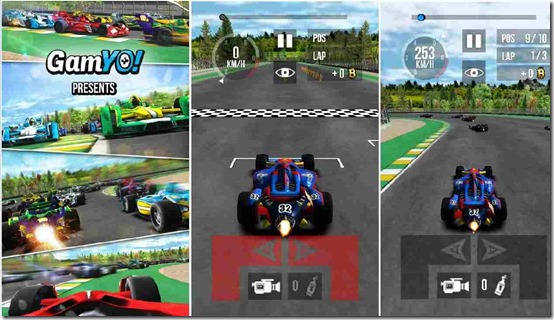 The game requires you to cover three laps, while competing with other 9 racers. Finish the race at one of the first three positions, unlock the next track, and race on it (that’s how you move on to the next level). You can trade those rewards for new car or nitrous boosters. There are 120 tracks in total. If you finish the race in one of the first three positions, only then you can unlock the next track.

Who doesn’t likes a good racing game? and if the game has a top notch 3D graphics and a gameplay that keeps challenging your driving skills at every stage, then there is nothing in the universe that you can ask the gaming gods for. With the gameplay to unlock the 120 tracks and buy many cars (all free, buy with virtual coins that you collect in the game), you have more than enough to look forward to in the game. Let’s dig deeper in the game and see the treasure hidden deep this game.

What You Should Know About Thumb Formula Racers

The first “thing” that you should know about this game is that the game has awesome visuals and pretty intuitive interface. With limited free F1 racing options available out there on Google Play Store, this game definitely stands out. The game is played in a portrait mode, competing with 9 racers. The game starts with you racing with 9 different racers. Your car accelerates on its own as the race begins, you just need to navigate your car through the zig-zag racing tack and finish the race in one of the first three positions. This is how you move on to the next level and unlock the next racing track. 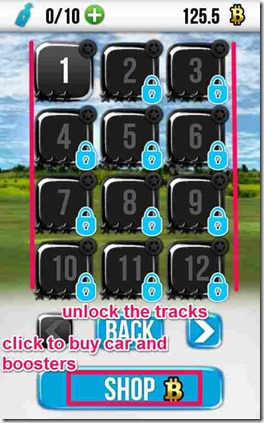 You will also find the virtual coins lying all over the racing track, you can pick them up on your way by simply driving over them. 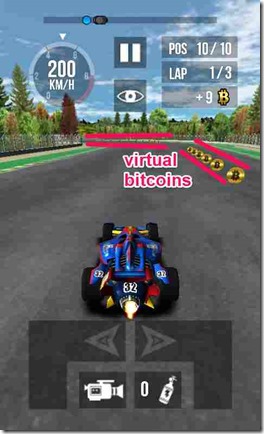 You trade those coins for different cars out there or for more nitrous boosters. There are 10 nitrous boosters provided to you at the start of the game, you can buy more later on. 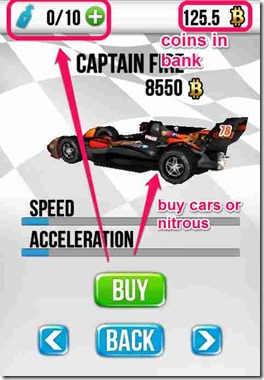 Thumb Formula Racers also let’s you to change the control of the game from, controlling the car with your thumb to just tilt the screen to move (you can change the game control by tapping on the “settings” logo).

There are basically three types of game controls:

Thus, hit the gas compete with other racers and finish at one of the top three positions to get rewards. Apart from this, you can always hit the pause button in middle of the game to change the settings. You can change the control shadows appearing on the game screen to left, right or center from the settings option. You can also change the camera view by tapping on the eye logo on the screen. 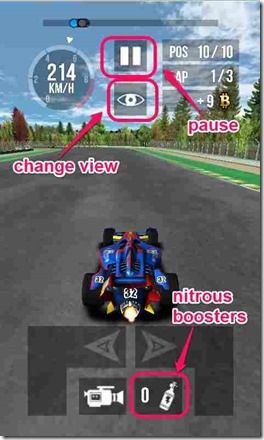 There is no acceleration button in the game as because the car accelerates on its own when the game starts. Yes! you can speed up your car at times by using the nitrous boosters. Oh!! that reminds me something, there are 10 nitrous that you are provided initially in the game (I used them all pretty quickly). You can buy more of these with the coins that you collect in the game.

With the top notch graphics, and pretty challenging levels of this game I don’t have any kind of complains from the game whatsoever. And of course, the best part is that you can easily play this game with one hand, which is not possible with most of other games out there. Therefore, I rate this game as a “Good” game to explore your asphalt temptations.

Get Free Thumb Formula Racer here Or Scan the QR code below.