This is a simple tutorial to explain how to start Chrome in guest mode every time. In this particular tutorial, I will mention 2 handy methods that you can use on your Windows PC to always launch Google Chrome in guest mode. The advantage of guest mode is that it is isolated from the other user profile. If you want to temporarily share your PC with someone else, then it is a good option but the option of guest mode is not that straightforward. Which is why I have mentioned a couple of methods that you can use to to launch Chrome directly in the built-in Guest Mode.

Guest Mode is a feature of Google Chrome to open a separate browsing session where the data of the existing user such as bookmarks and extensions are not available. As the name suggests, this mode is designed for the people you want to share your PC or Laptop temporarily. Since sharing your own profile to let someone browse internet is not good idea, so you can use guest mode in those circumstances. There is nothing extra you have to install to enable it, just tweak the Chrome shortcut via simple CLI argument.

How to Start Chrome in Guest Mode Every time?.

As I said that I will mention two methods to run Chrome always in guest mode, so just let go through each one of them. The very first method of launching Chrome in guest mode is via using the Run dialog. If you are used to launching apps and some other tasks using Windows Run dialog then this will be a good option. And the second method adds a specific CLI option in the target command of Chrome shortcut. It is simple as that.

Method One: Use Run Dialog to Launch Chrome in Guest Mode

In the Run dialog, you only have to enter the Chrome launch command with an extra switch. After that, you can simply launch Google Chrome in guest mode. That’s simple as it is. Run saves commands that you enter in it unless you are using some junk cleaner software. Or, you can create custom Run command to launch Chrome in the guest mode. 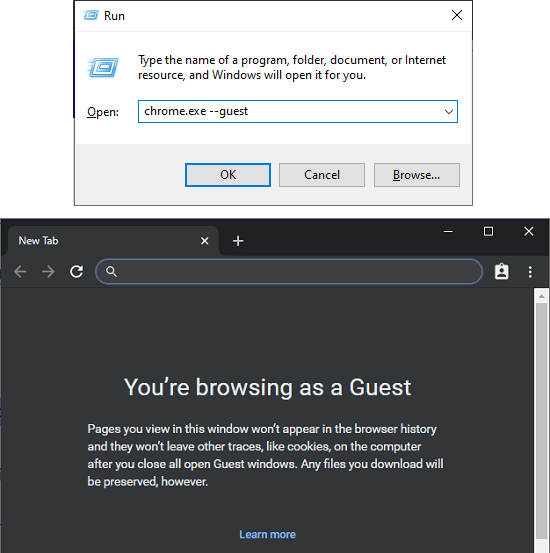 In the above screenshot, you can see how easy it is to launch Chrome in guest mode via Run. You can copy this run command or save it somewhere else. But I don’t think it is very hard to remember. You can just memorize it and use it whenever you want to open Chrome in guest mode right from the Run dialog.

This method is similar to what we have covered once about the incognito mode of Chrome. Here you basically have to create a Chrome shortcut and tweak its launch command a bit. So, the first thing is you do is go to the Chrome installation folder. You can easily go there by just navigation to the location “C:\Program Files (x86)\Google\Chrome\Application“. This is the default one in Windows 10 but if you are using portable version or a custom location to go to that location.

Now, you just right click on the Chrome EXE file and send a shortcut to desktop. Next, you rename that shortcut to something else as per your convenience. 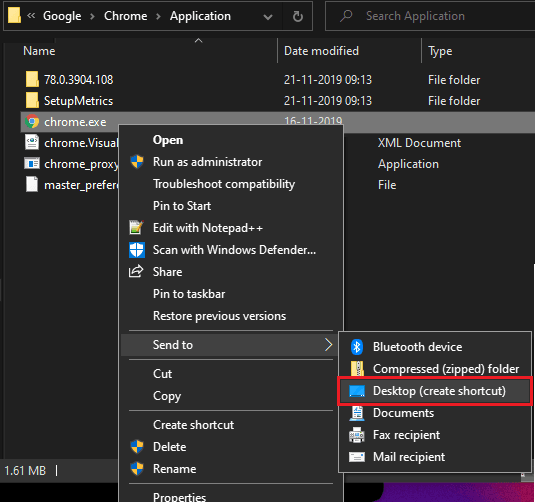 Now, just right click on the shortcuts file and open the proprieties. In the shortcut properties, you find the target field and then include the following parameters in it. Just make sure that you paste it after one white space. Next, just hit the Apply and OK buttons. 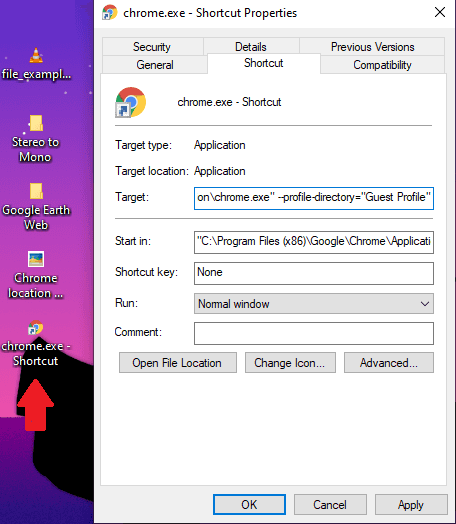 Now, when you open the shortcut that you modified just now, it will open the Chrome yo user select mode. From here, you can now open the guest mode in one click and start the browsing, You can keep this shortcut anywhere you want and even pint to the task-bar. 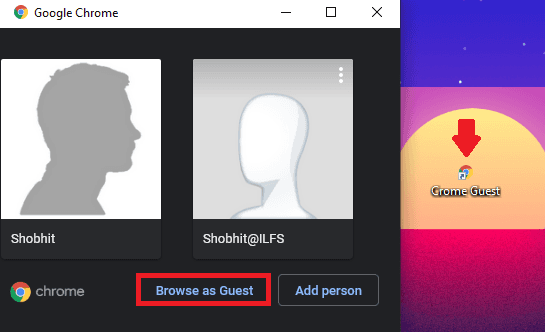 This is the another way to access the guest mode on Chrome. If you follow these few steps carefully then you will be easily able to use guest mode n Chrome very quickly.

Now, you know two different methods to open guest mode on Chrome with ease. You just keep using the one you like and then do whatever you want. Whenever you want to handover your PC or Laptop to someone then just fire up the guest mode of Chrome and forget it. This is better than opening the incognito mode as in that case, you are still sharing your important bookmarks and extensions with others.