This tutorial explains how to pin Android app window on top in Windows 11. If you have managed to install Android apps on Windows, then one problem that you might have faced is pinning the Android application windows.

Android apps in Windows 11 run as program windows, and they are moved to the background when you click outside. But you if you want to keep some Android app window on top then you cannot do that natively.

There are third-party programs to pin a window on top of all opened windows. And one of those program is OnTopper. This program scans all the running applications and then you can opt to set one of them on top. And you can do it in just a click. The program is small and very straightforward.

Apart from making an Android application window on top, you can even use the software to set a custom size. It will keep the window on top as long as you don’t minimize it explicitly. However, you can only pin one Android app window on top at a time. To pin another window, you will have to unset a previous one. 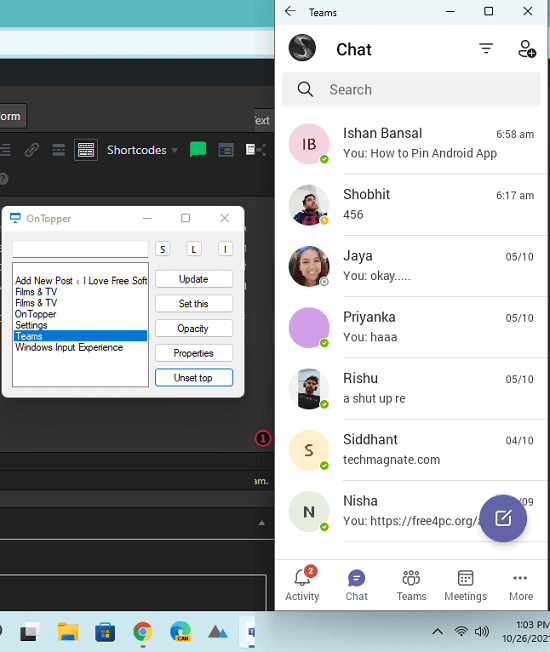 How to Pin Android App Window on top in Windows 11?

Just go ahead and download setup ZIP file of OnTopper from here. If your antivirus flags it, then make an exception as this binary is not signed. Bedsides, this is an open-source tool and you can check out its source code on GitHub.

Now, just launch OnTopper from Start menu and its UI will show up. You can see that in the screenshot below. 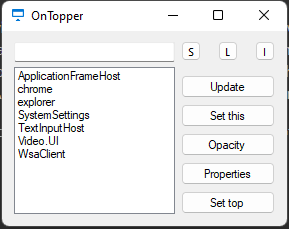 Now, you just go to Settings by clicking on ‘S’ button. After that, check the “Show window titles” option. 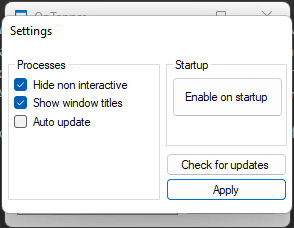 It will show you names of the opened windows now. Just find the name of the window which is running an Android app. After that, you can simply click on the “Set top” button. The selected window will now be pinned. And it will stay pinned as long as you don’t close or minimize it. 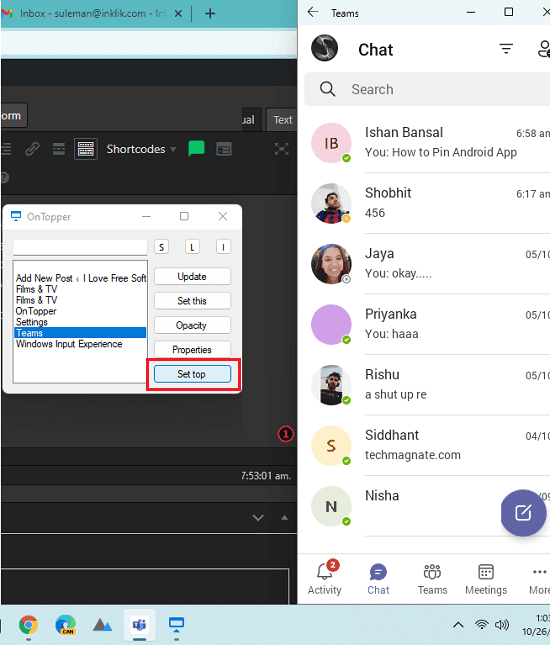 In case you want to set another Android app window on top, you simply have to unset the current one and then set any other window in the same way as explained above. This way, you can use this simple tool in Windows 11 to set any Android window on top and then do whatever you want. This is as simple as that.

If you are looking for a way to set an Android app window on top, then you are at the right place. Just use the simple OnTopper application I have talked about above to do it in a few clicks.