Twitter has millions of users. Probably you also know some popular Twitter users – film stars, politicians, sportspersons, businessmen, scientists, or us. It is fun to read posts of all these influential people. But do you know what was their very first tweet? Or, do you even remember what was your very first tweet? Now you can find that out. 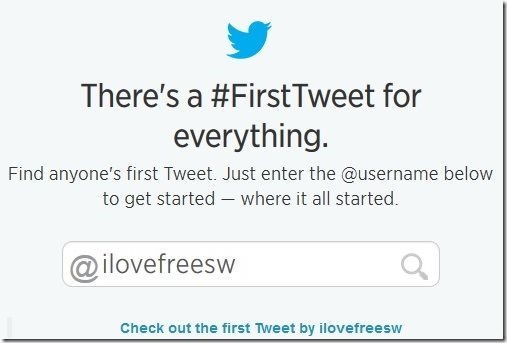 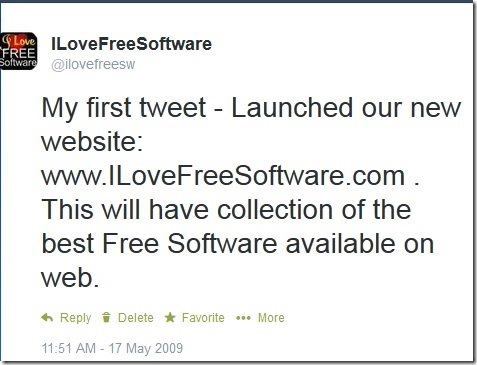 Frankly, I didn’t remember what our first tweet was, and looking at this tweet, lot of memories got refreshed. I remember how I never expected this website to take off in such a big way. And here we are now :)

If you want to see a complete history of tweets, then you can always download Twitter archive of all your tweets that you can easily explore on your PC. But if you just want to quickly find out first tweet, this Twitter tool is the best way to go.

It is a very simple webpage whose only purpose is to find first tweet of any Twitter account. And it does that well. You cannot browse any history or anything else; only see first tweet. Initially I thought this probably isn’t very useful, but when I used it to see our first tweet, which took me back the memory lane, I definitely think this is useful.

Find first tweet of yourself or anyone else here.