Headswitch is a free video editing app for iPhone to replace and put heads and objects on any videos. It is a fun app using which you can easily replace the head of any character in a video with your own head, or use the predefined heads of politicians, celebrities, and even with objects like Pizzas, Animated Stickers, and more to make the video hilarious. To edit a video, you can simply use any of the pre-listed videos or import your own video from the camera roll. The pre-listed videos are divided into 4 different categories named, Hot, Funny, Music, and Movies. Each of the categories offers dozens of videos which you can use and edit by placing your own head or any other object over the head of the video characters.

After that, it also lets you trim your video and choose predefined heads (masks) which are scattered across categories like Editors Pick, Celebrities, Political, Animated, and Random. If you couldn’t find a good one, then do not worry as you can also capture your own head and put it on any videos. One of the interesting things about this app is that if a video contains multiple characters, then you can replace the head of each of the characters with a different head or object. 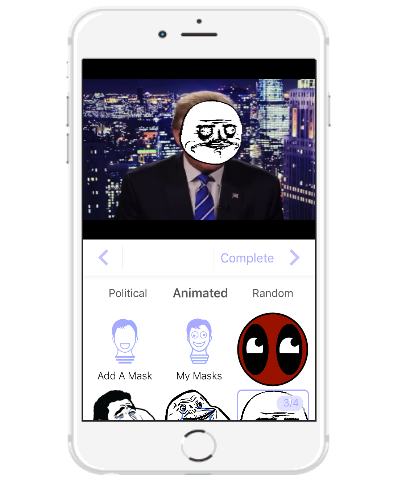 Similar to other video or GIF editing apps for iPhone such as MSQRD, GifJif, and more, this app is also perfect for making funny videos by replacing the faces of the video or GIF characters. When you’re done making hilarious videos, you can save and share them with your friends and make them smile.

Step 1: When you open up the app, you will be able to import your own video from the camera roll or use the pre-listed videos. To use a pre-listed video, simply explore the categories (Hot, Funny, Music, and Movies) and select the one which you find interesting. 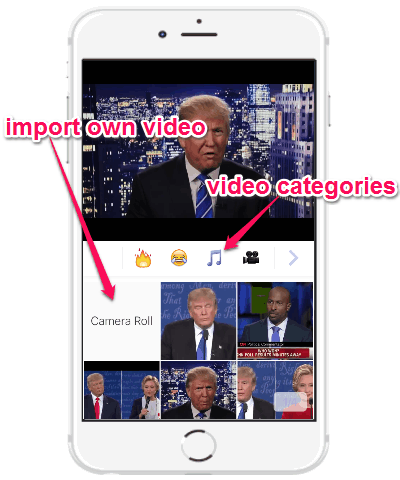 Step 2: After selecting a video, hit the “Arrow” icon at the center of the screen to proceed to the next step. In this step, you will be able to trim the video by dragging the start point and end point slider, as shown below. 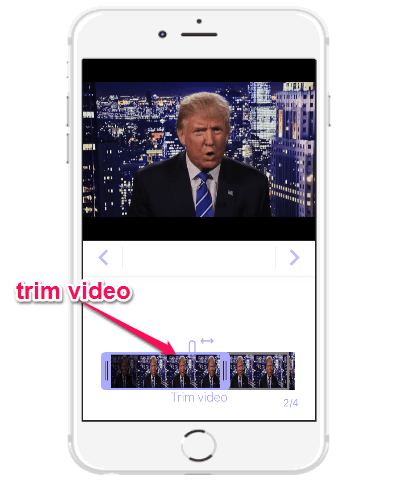 Step 3: Once you’re done trimming the video, you need to press the “Arrow” icon again to proceed. In the third step, you will be able to replace and put a custom head on the video character. The app offers dozens of predefined heads and objects categorized into Editors Pick, Celebrities, Political, Animated, and Random which you can use on the videos. To replace and put a new head or object over the head of the character on the video, all you need to do is tap on the head or object and it will get automatically replaced. 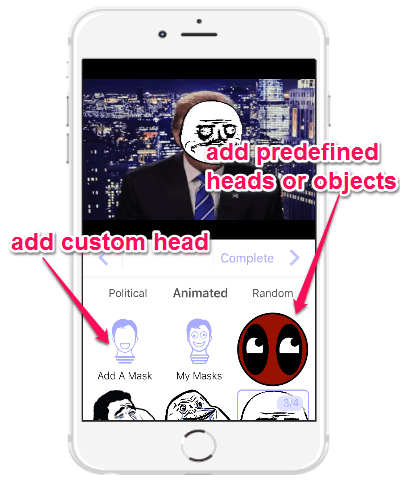 Step 4: If you couldn’t find any interesting object or head, then you can also capture or import your own head using the built-in camera. To do this, simply tap on the “Add a Mask” button and then use the camera. The custom heads will be stored on the app and you can put them on the selected videos, as shown below. 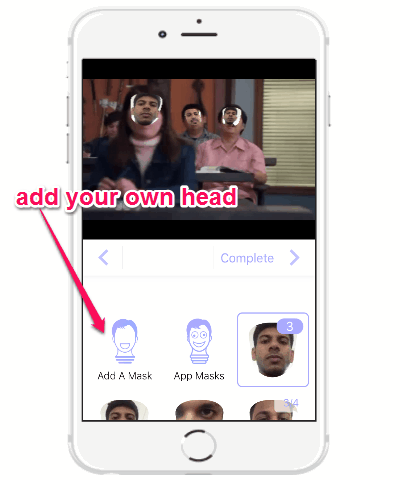 Step 5: After you’re done replacing the face of the character and turning the video into something hilarious, you can save and share it with others directly from the app via Facebook, iMessage, WhatsApp, etc. 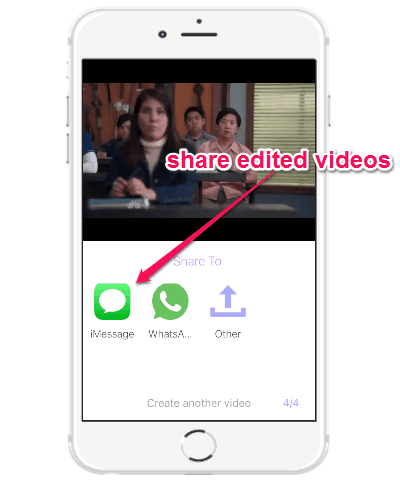 Headswitch is a pretty fun and interesting app which helps you create hilarious videos by replacing the heads of the characters in videos with your own head, predefined heads, and other objects. Personally, I like this app as apart from letting you put the predefined heads and objects over the videos, it also lets you to capture your own head and replace it with the video characters.