This write-up talks about 5 best apps to control Windows 10 computer with iPhone. We use our computers for a lot of stuff these days, ranging from the casual (e.g. watching movies) to the not so casual (e.g. finishing project reports). That being said, there are times when we want to do something really important on our PC, but for some reason or the other, can’t have actual access to it. Problem?

Not really, as you can easily control (and use) your Windows 10 PC with your iPhone, thanks to a whole bunch of remote access apps out there. These include features like desktop mirroring, secure connections, file transfers, and the ability to simulate input devices like mouse and keyboards. Sounds like fun? Let’s find out more about 5 best apps to control Windows 10 computer with iPhone. 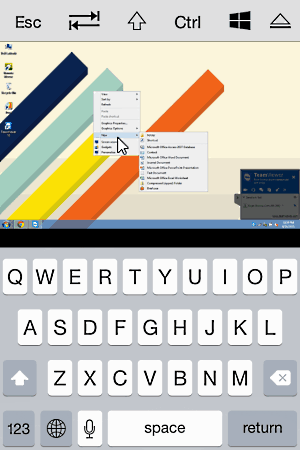 It’s nearly impossible to discuss anything regarding remote access without mentioning TeamViewer. Undoubtedly the most feature loaded and powerful desktop remote control app out there, TeamViewer (or TeamViewer: Remote Control) lets you use your computer fully, without even touching it. To get started, install the app and the desktop application on their respective devices, and sign in to both with your TeamViewer account. Once this is taken care of, TeamViewer will automatically detect the Windows 10 PC and mirror its desktop on your iPhone’s screen. Thanks to a variety of  built-in touch gestures, you can simulate mouse buttons, launch applications, execute file management operations such as copy/move, and do a whole lot of other awesome stuff. 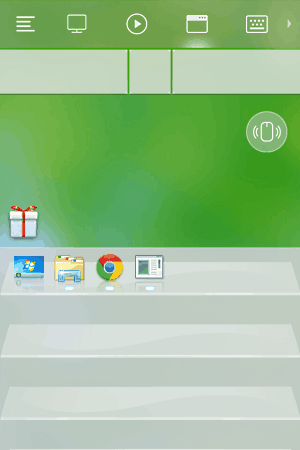 Lightweight yet incredibly power packed, Remote Mouse is a feature laden iOS app that lets you fully control your Windows 10 computer with iPhone. Whether it’s simulating mouse clicks, switching between and managing the applications open on the PC, controlling media playback, or just about anything else, Remote Mouse can take care of it. Not only that, it can also launch applications and execute actions such as system reboot and shutdown. Remote Mouse is extensively customizable, and can be set up in no time. All you have to do is install the app on your iPhone, followed by installing the companion server application on your Windows 10 computer, and Remote Mouse will automatically detect the PC. The only requirement is that both devices have to be connected over the same wireless network. Find out more here. 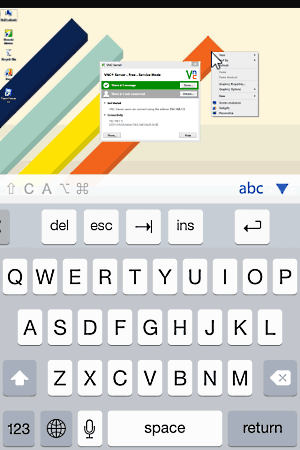 For an app that’s completely free and gets up and running in minutes, VNC Viewer packs in quite a punch. It’s super simple to use, and makes your iPhone a fully loaded remote access device that can control a Windows 10 computer with little to no effort. The setup process is the usual affair, and involves installing the app and the companion software on the target devices. When this is done, initiating connection is as simple as entering the computer’s IP address in the app, and VNC Viewer will take it from there, mirroring the desktop on the iPhone screen. You can use the touch gestures to replicate mouse button actions, open applications, simulate the key presses, and a lot more. 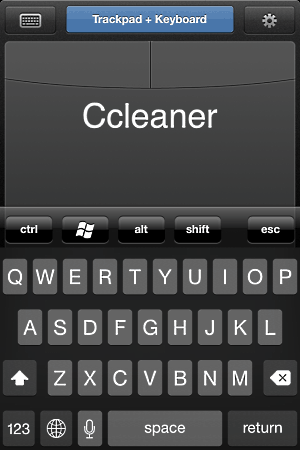 Although it’s true that HippoRemote takes a little time and effort to get up and running, but once you get past all that, you’ll absolutely love it. One of the most straightforward remote access apps out there, HippoRemote turns controlling a Windows 10 running PC with an iPhone a cakewalk. And it offers a truckload of goodies, even in the free version. Wanna simulate your computer’s trackpad and keyboard? Done. Feel like using the web browser? You got it. And that’s just the beginning. HippoRemote lets you multitask in the background, manage Windows login credentials, and even sync important files to your Dropbox account. Then there are things like app profiles, macros, and then some more. 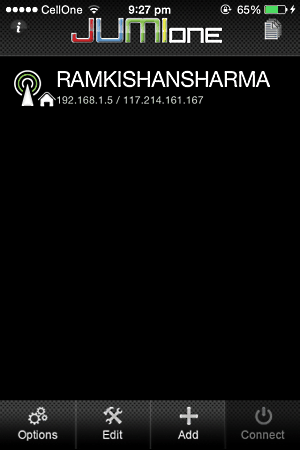 Want an easy to use and robust way of controlling your Windows 10 computer with iPhone? Look no further than JumiOne. Setting things up is fairly simple; after installing JumiOne on the iPhone and the companion software on the Windows 10 system to be controlled, the app automatically detects the computer, provided both of them are connected to the same Wi-Fi network. You can then use the app to configure the connection with the PC, specifying advanced options such as authentication password. One interesting fact to note here is that different control operations require adding separate sub-modules to the application, and while the (lite) versions of these sub-modules are free, the advanced operations require paid upgrades. Once installed, you can use JumiOne to do everything from application switching, to file transfer and downloads, to media playback control.

The apps mentioned above are perfect for controlling a Windows running 10 PC with an iPhone. Try them out, and let me know your thoughts in the comments section below.