Here’s a list of 5 Angry Birds games for Google Chrome which you can use to play one of the most popular games inside Google Chrome. Angry Birds have started off on portable devices and there become very popular. Since then there have been several versions of the game released, so we decided to check out what kind of Angry Birds are available for Chrome.

Here is what we found on the Chrome web store to play Angry Birds. 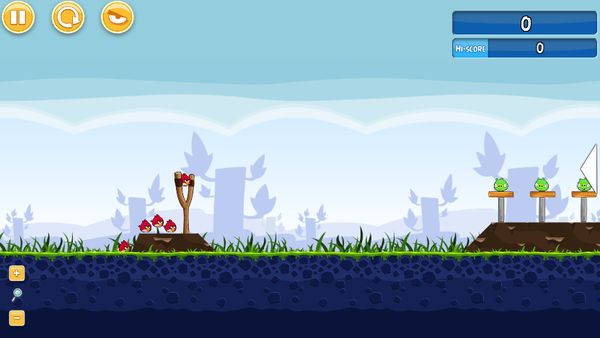 We’ll start off with the basics, the original Angry Birds game for Chrome, the very first.

You get to see it in action on the image above. Everything is pretty much the same to Angry Birds that you get on a tablet or smartphone. The only difference is of course that here you need to use a mouse to control the Angry Birds, instead of tapping the screen. All the levels are the same, but you will have to login with your Google account to use them all. Only a handful of them are available without logging in. 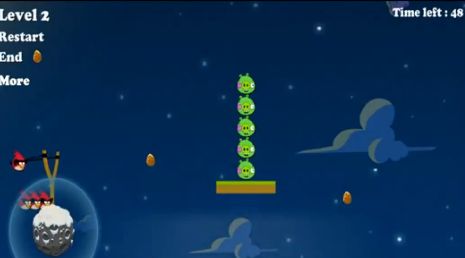 Some of you who are reading this must be Space fans. Well if you are, then you’ll love Angry Birds Space, it is like tailor made for you.

Everything is the same to the original, the only difference is that instead of being on Earth, you’re in Space. Gameplay is the same, you need to shoot birds at pigs, and knock them off of their platforms. In some ways it’s easier to play, but there are levels that are gonna cause quite a few headaches. 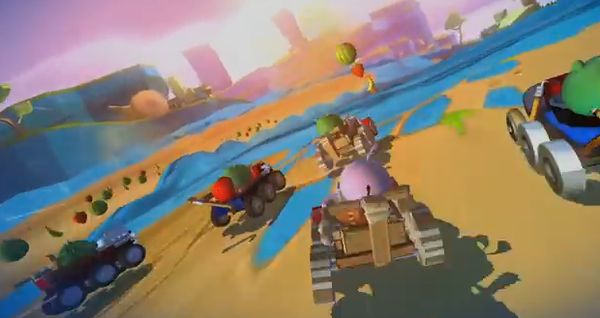 Some of you might even not know that there’s actually a racing incarnation of Angry Birds, where all your favorite Angry Birds take up a role of a racer.

If you ever played another very popular game, Crash Bandicoot, you’ll feel right at home with this Angry Birds version for Chrome because it’s very similar to Crash. You partake in a crazy downhill race with weapons, upgrades, speedups and whatnot being there to help you get ahead in the game. 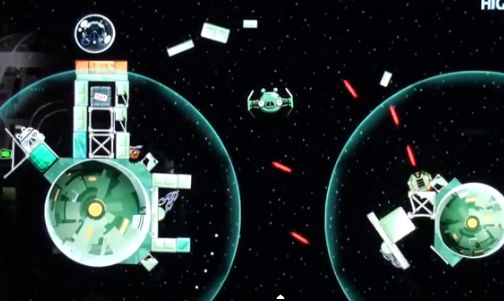 If Angry Birds Space seems a little bit sparse and boring to you, then we suggest that you take a look at Angry Birds Star Wars.

This is actually Angry Birds Star Wars version 2 and as you can see from the image above it’s in Space, for the most part. Unlike Angry Birds Space though, with the Star Wars version you don’t get just the pigs that need to be knocked from platforms. A much more complicated environment is setup riddled with fazors, rotating contraptions and what not.

Games will be games. Using any of the Angry Birds games from the list above you’re gonna have a lot of fun but the one that we suggest the most would be Angry Birds Go, because we had a lot of fun playing it. Others are of course not bad, so give them all a try and tell us what you think in comments down below.