Here’s a list of 5 photo effect extensions for Google Chrome which you can use to easily add dozens of different photo effects to images and photos using Chrome. By adding a funny photo effect to an image, you can get more likes on Facebook, re-tweets on Twitter, etc. Extensions that we covered here today can be used to add the usual effects, sepia, grayscale and some can even be used to add frames to photos. 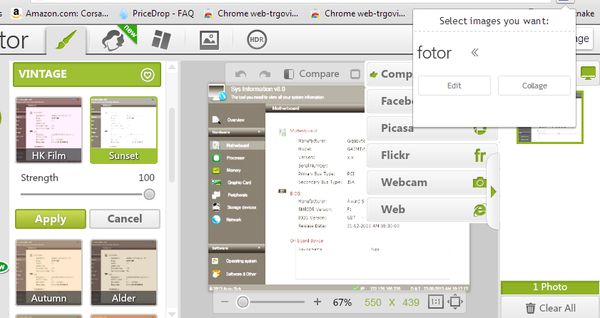 The first photo effect extension that we’re gonna be reviewing is called Fotor. It’s an extension made specifically for the Fotor online image editor which we already talked about before.

Extension was made to work together with the online editor. It will first scrape all the images from a web page that you have open in a tab. After that extension automatically uploads images to the editor where a large number of effects can be applied, among other things. Lens flare, holiday, classic, lomo, vintage, cool are just some of the effects that are available. 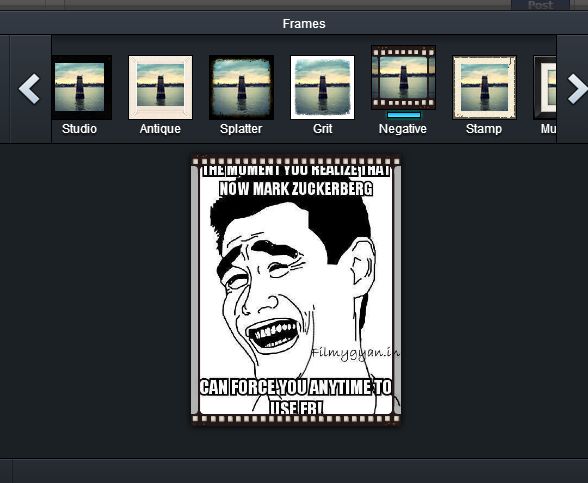 Buttons appear when you hover your mouse over an image. If you click on the edit button, editor which you can see on the image above will appear in a pop-up. With this editor you can add frames and effects to images, among other things (resize and cropping are also supported for example). When you’re done editing images, they can saved and downloaded. 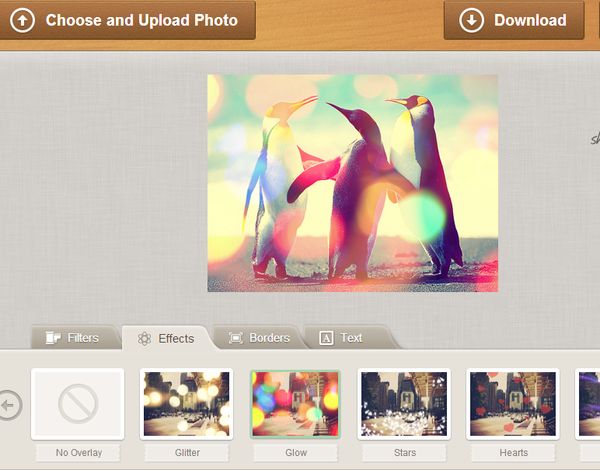 Rollip Photo Effects has a large selection of amazingly good looking photo effects, filters, borders and on top of that it also allows you to add text to images.

On the image above you can see the “vintage” filter alongside the glow effect. Combination of these two gave the image that old fashioned look, as if it was taken with those now ancient cameras that used film. Again when you’re done editing click on the top right corner Download button to download the image. 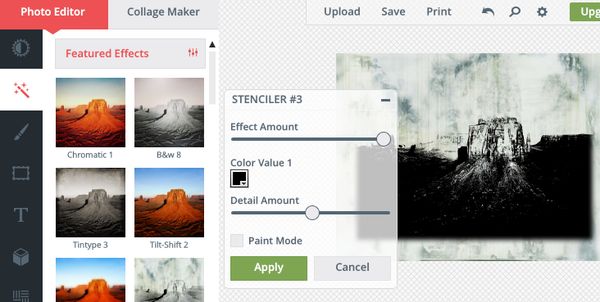 BeFunky is very similar to Rollip. Practically the same assortment of effects is available, you also get to crop, resize and rotate images.

The only difference between the two would be that BeFunky allows you to import images from a web address, file hosts like Dropbox, Facebook, and so on. With Rollip on the other hand you’re only able to upload images from a computer. 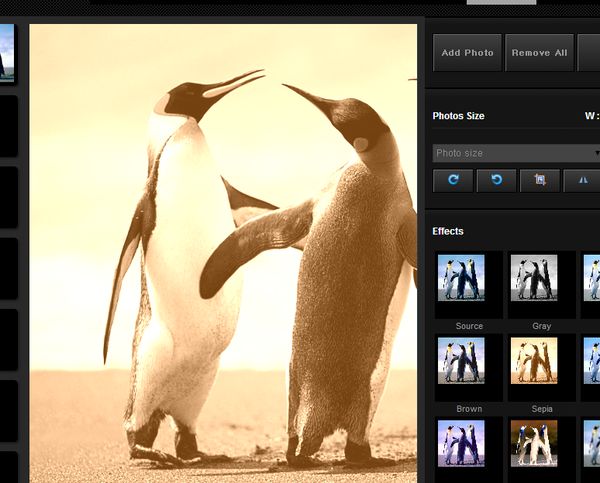 Next to allowing you to add effects to images, PiXditor can also be used to resize, crop and rotate them.

Effects that you get include the pink effect, brown effect, sepia, brightly, dawn, cloudy, emboss, and many more. See image above.

Every photo effect extension here is a lot of fun and what’s more, there’s dozens more of them available in the Chrome Web Store. Try them out and let us know what you think in the comment section down below.