The talking parrot really looks funny on Android. This app is specially designed for children to have unlimited fun on Android. You can tap on tomato button to throw tomato on Pierre to make him angry.

This Talking Parrot app allows you to record funny videos on your Android. You can then share the recorded videos with your friends and others.

Before getting started with this talking parrot app, you need to download an additional 4.26 MB data to get best graphics in the app. Talking parrot lives in Talking Tom’s kitchen and likes noise as much as possible.

Poke his belly to make a reaction. Also, poke Pierre’s feet to make him dance. Sometimes instead of repeating your full words he repeats just a part and then adds something at the end which is completely different. 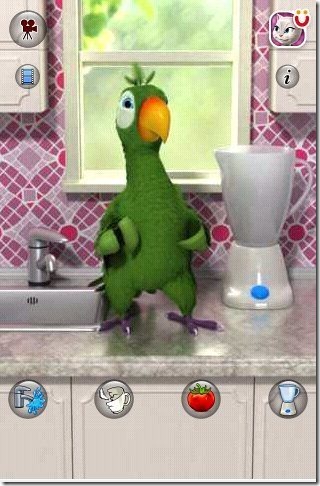 Also, you can check out Talking Tom and Ben News app for Android reviewed by us.

How To Install Talking Pierre The Parrot App On Android: 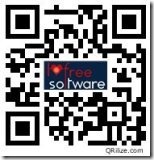 The free Android Talking Parrot app will be automatically installed. Click here to download Talking Pierre The Parrot app from Android Market. Now have ultimate fun with talking parrot app on Android. Make your children and friends laugh like anything with funny talking parrot.