Talking Tom and Ben look very funny sitting on a news desk. You can make both of them repeat your words and enjoy the conversation between them on Android. Also, this Android talking Tom and Ben news app provides multiple funny options to enjoy the app.

Just speak anything and they both will repeat your words one by one in turns. You can make them roll their chairs while sitting on news desk. You can even poke tom and ben to make them fall from their chairs. Also, make both of them fight or wrestle.

As soon as you download and install the app for the first time on your Android, it requires an additional download of 4 to 15 MB data depending upon the device for best graphics quality of the app. I liked the app very much, as it provides excellent funny features on Android. 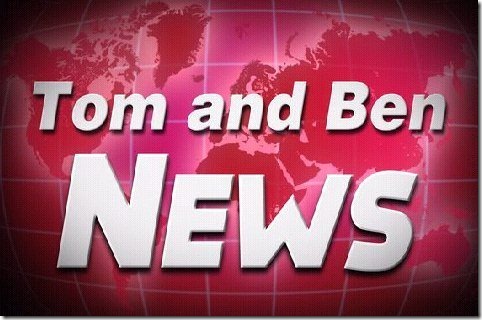 Take a look on Talking Tom Cat app for Android reviewed by us.

Also, you can check out Talking Ben the dog app for Android reviewed by us.