SwipePad is a free Android app to quickly access your favorite apps by swiping on Android screen. This Android SwipePad app allows you to create app shortcuts to quickly access them with just a swipe on your Android screen from within the app. The app provides multiple slots in which you can set your favorite app shortcut. Now swipe your finger at any slot and the shortcut which you have set to that particular slot will be launched.

You just have to swipe the hotspot which you have set and leave it on the app shortcut which you want to launch. The program shortcut will be launched automatically within the SwipePad app. The app runs in the background as soon as you launch the app.

Now you must be thinking of how to use the app on your Android. So below are the steps to access installed apps directly from SwipePad on Android.

Before that watch out a small video which includes a small review of SwipePad Android app.

How To Quickly Access Favorite Apps By Swiping On Android Screen: 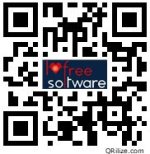 Step 2: Launch the app on your Android phone. Customize the settings according to your requirements. Don’t forget to set the hotspot in your preferred direction with the help of which you will open the SwipePad on your Android.

Step 3: Now swipe the hotspot from your Android home screen.

Step 4: Swipe it and leave it on to any empty slot. 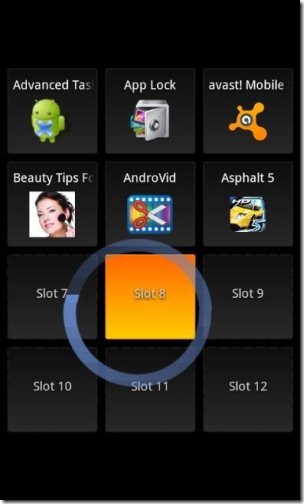 Step 5: Now select from the list of multiple options, whether you want to add apps, any other shortcut, app launcher, etc. 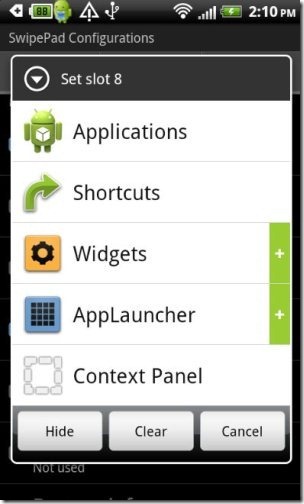 Step 6: Now open the swipePad again by swiping the hotspot added to your Android home screen for accessing the apps or any other shortcut added to the SwipePad.

This Android app is really an interesting and useful app in Google Play Store to install on Android. Now get rid of scrolling the app menu to search for any particular app in between number of apps installed there on your Android. Make your work easier and faster with SwipePad on your Android.

Check out our tutorial on how to change apps icon on Android home screen. Also, check out our post on Widgetsoid2.X  Android widget app.