The app primarily comes up with shortcuts for Android system like Wi-Fi, Bluetooth, Mobile APN switch, 2G, 3G and 4G switch, Mobile data, USB storage, signal strength, data sync, Tether USB, Airplane, and much more. The app even comes up with customizable Android widgets. You can easily customize them and then apply widgets on Android home screen.

There is nothing which I didn’t like about the app.

Also, take a look on how to create shortcut to enable/disable mobile APN on Android reviewed by us.

Also, check out how to add widget on Android home screen reviewed by us.

Below Are The List Of Widget Items Which Are Included In The App:

Check out this video tutorial below to understand more about this fantastic Android widget app: 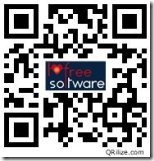 This is a very nice and full featured app, and frankly, I am surprised that it is free as well as ad free. Let’s hope it stays like this.

Is there any other widget app that you use to dress up your Android? Let me know in comments.