Here are some best free split camera apps for Android. These apps allow you to split the camera view in two halves so that you can take pictures in them separately. While taking a picture, you can either choose the rear camera or the front camera. After taking the picture, you can opt to blend it. In some of the apps, you can even change the split space/area as well.

Just take one picture in one split half and then take another in second split half. Also, after when you have taken the picture, you can opt to share that on apps like Whatsapp, Instagram, Facebook, Gmail, etc. And not just the pictures but some of the following apps let you record videos in split mode as well.

For photography lovers, split camera is an amazing feature. Though, some phones already have it but still there are a lot of devices which do not have this feature yet. And if you are one of those then you can rely on these apps. You can take pictures in same frame from two different positions and then save that. Though, you can do the same with the collage maker apps but it will take a lot of time. 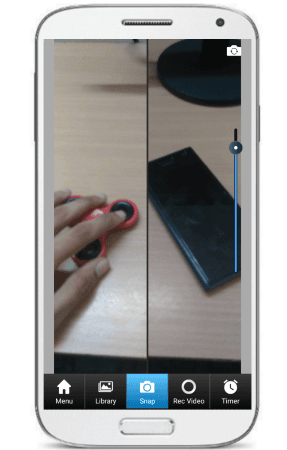 Split Lens 2 is one of the best free split camera apps that you can use. Here it lets you take the picture in vertical split view and horizontal split view. And you can even change the camera in both views separately. And not just taking pictures in split mode but you can even use this app to record videos too. And there are some post capture actions as well that you will like. You can add filters to the captured photos and use different layout for the photos as well. After that, you can simply save the photos and then share them anywhere you want. And you can do the same with the videos that you record in the split mode. However the app is ad-supported so you can turn off the data while clicking a picture so that ads won’t annoy you. 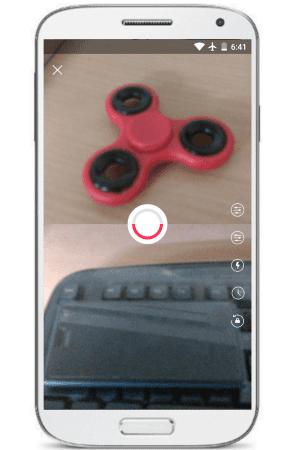 Frontback is actually a social community where you can post pictures by taking in two halves. You can split the camera of your phone into two sections and then take the photos accordingly. You can either take the two photos from the front camera or take both using the rear camera. And if you want to take the split picture with different cameras then you can easily do that. After taking a picture, you can use some basic editing tools it has and then you can save that photo in your gallery. And since it is a photo sharing community then you can post your picture there as well. Do note that, by default there is a removable watermark on photos. But you can turn it off from the app settings. 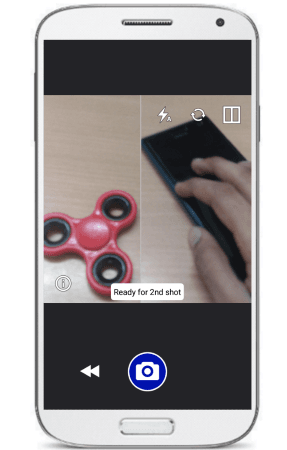 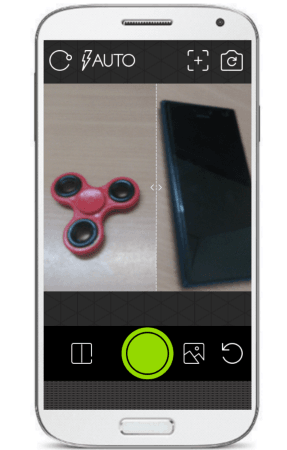 Insta Split is another simple split camera app for Android that you can try. Here it lets you simply capture two pictures in a same frame in split mode. You can change the split area for the photos and even blend them to remove the dividing line between the photos. After taking the photos you can simply save it in your phone or you can post it to Facebook, Twitter, Instagram. The app is very simple and you can easily click some really creative photos of you or others and then share them.

Split Camera by Here We Are 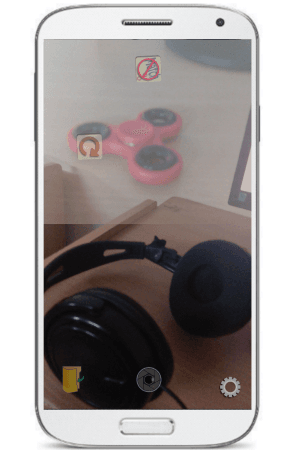 Split Camera by Here We Are is the last free app in my list that you can use as a split camera. You can easily use this app to take photos in two vertical or horizontal grids and then save the photo. This is a simple app and you can use it for cloning yourself as well. There are some filters available that you can use while taking a picture. Also, after when you have taken a picture, you can opt for a little editing as well. You can adjust the position of the two photos separately and then save the changes. After when you are done, you can simply export the photo and then share that anywhere you like.

These are the best free split camera apps for Android which you can use. Use any app from the above list to click some creative photos. You can split the camera screen to take two or more pictures and share them on social media. Also, some of these apps allow you to record videos in split mode too and you will like it. So, if you like to try some different camera apps for photography then use these split camera apps.