Media File Converter SUPER  released on July 7th, 2012 is a simple yet effective tool to convert and play any sort of multimedia file. In other words, it is a universal Multimedia player and encoder. The multimedia player surpasses any other player available in the market by supporting every multimedia file format. Moreover the free downloadable version is fully functional thus allowing the user to harness each and every feature of this amazing software. 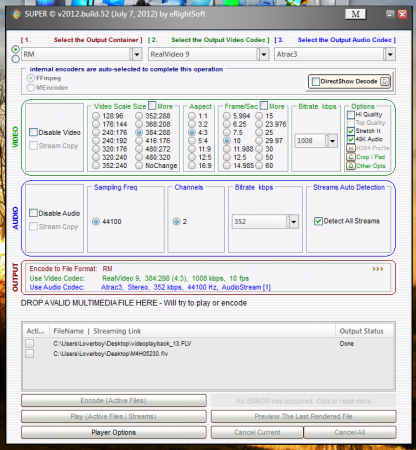 Features of this Multimedia Player and Encoder

Media File Converter SUPER comes bundled with a variety of exciting new features and functionalities which makes the process of encoding far more flexible and easy for the user. 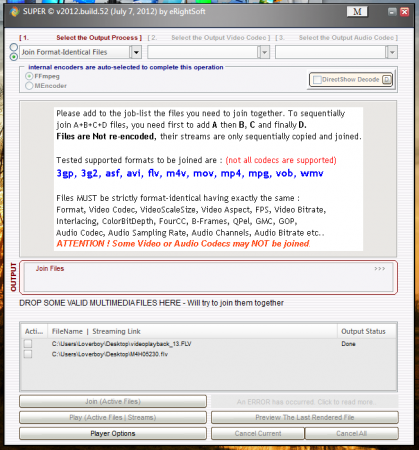 This application of size just about less than 50MB can be downloaded directly from its official website by following this link. After downloading is complete, simple execute the SUPERsetup.exe file and follow the simple instructions to complete the installation procedure. This application works on all the major Windows platform like Windows 98(SE), 2000, XP, Vista, 7 etc. A minimum 512MB of RAM along with Microsoft DirectX 9.0c is also required.

There may be a lot of encoders and players out there in the market, but none of them has all the functionalities as the Media File Converter has. This wonderful software from Super is one complete package when it comes to encoding and playing Multimedia files, and since this software is completely free it is worth a try.