This write-up details how to show Google Chrome settings in a new window. Normally, Google Chrome shows all of its settings (including the history, extensions, and primary settings sub sections) in a separate tab. While this is all well and good, sometimes the firing up of a new full screen tab can be a quite annoying and distracting. Moreover, there might be occasions when you want to change a setting in Google Chrome, and see its effect in a tab, both at the same time. Having the settings menu open up in a separate window (which can be resized, just like any other window) instead of a new tab makes all the way more sense in such cases, don’t you think?

Looks like folks behind Google Chrome were also thinking the same, so they conveniently added a flag that can make your browser’s settings appear in a window. Wanna know more? Keep reading, fellas! 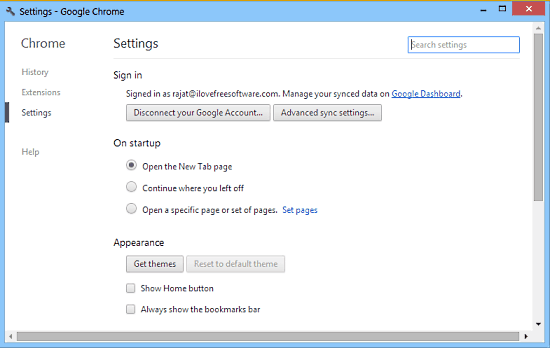 How To Show Google Chrome Settings In A Window?

Note: I’ve stressed it enough in my previous articles, explaining How To Save Passwords Automatically In Google Chrome, and How To Lock Google Chrome, and I’m saying this again, this tutorial requires digging into, and tweaking with the experimental features of Google Chrome, which may or may not be there in the future versions of the browser (hence the name experimental). So make sure you’re very careful with what you’re doing.

Step 1: Type “chrome://flags” (sans quotes) in the omnibox, and fire up Enter to access the flags sub section of Google Chrome. 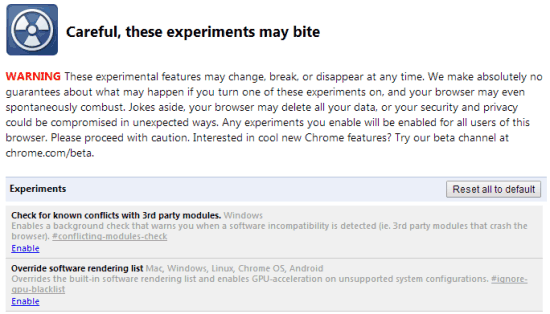 Step 3: The flag that we’re looking for is called Show settings in a window. Look for it, and click the toggle Enable when you do.

Step 4: As is always the case with flags, Google Chrome will ask you to restart the browser via a restart prompt at the footer. Click Relaunch Now to do so.

That’s all there’s to it folks! From now, whenever you fire up Google Chrome’s settings via the Settings menu item, they will pop-up in a brand new resizable window, instead of taking up an entire tab like the case usually is. Apart from the fact that the settings show up in a window instead of a tab, the settings themselves remain exactly the same. Pretty cool, don’t you think?

The ability of Google Chrome to show its settings in a new window instead of a regular tab is quite a useful feature. It can come in really handy in certain situations, such as when you’re searching the web regarding a specific setting, and looking for it at the same time. Comparing the contents of a  window and a tab at the same time makes a lot more sense than juggling between different tabs. Do give this a try, you’ll love it.