3D Jungle Run is a fun filled Windows 8 Jungle Run Game. It is a Temple Run kind of game, but with better 3D effects. In this game, you have to run through the jungle avoiding the problems and obstacles that come in your way  by simple rolling, jumping, dashing and sliding. You have the independence to choose from 3 different characters to play the game.

On your way, you have to collect the coins and power ups that appear. Complete the missions that are shown to you. The game uses very nice sound effects.

3D Jungle Run is freely available in the Games category of the Windows store. 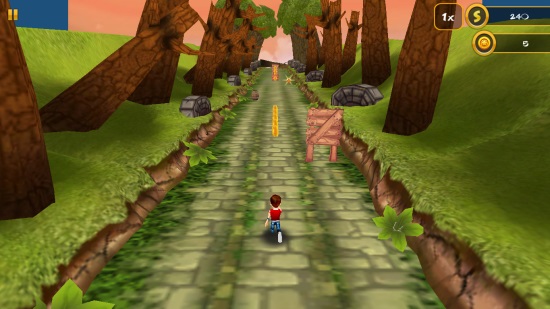 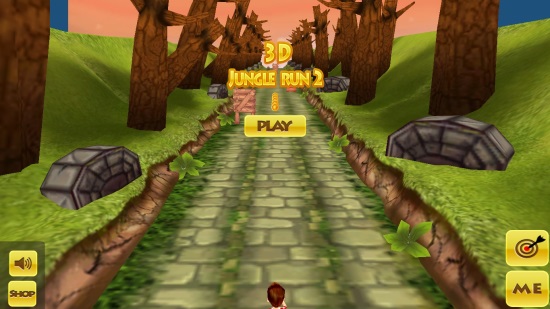 Along with that, the arrow button is also available there on the right hand side from where you can see the targets and the missions you have to accomplish while running. 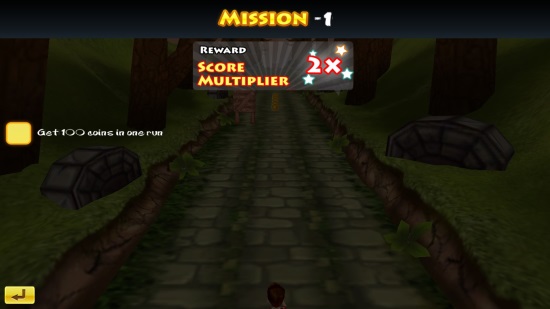 The controls of the game are quite easy. The character you choose will start running as soon as you start the game. You just have to jump, slide, roll in order to avoid the obstacles. Press the Spacebar in order to jump over the obstacles. Apart from that, instructions would be shown to you when  you are about to reach any obstacle. Follow those instructions  in order to progress through the game.

The distance you have run will define your score and it will be shown on the upper right side of the game screen. Below it, the number of coins you have collected would be shown.  If you are able to catch a power up, its level will also be shown to you.

You can pause the game at any time. Your entire score would be preserved. For that, you can use the button that is available at the top left corner of the game interface. 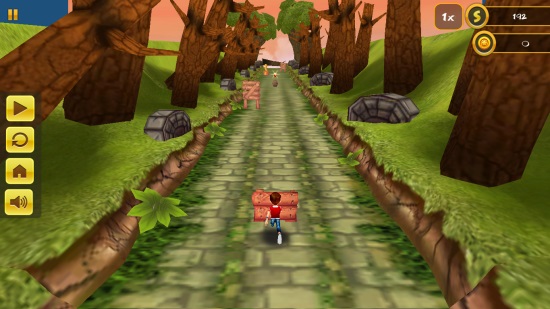 Play this game, and I can ensure that you would have an overall fun filled experience.

My Verdict on 3D Temple Run

3D Temple Run is quite a nice Windows 8 Jungle Run Game. It has a plot similar as Temple Run but uses better 3D effects. You will surely enjoy playing it.  Do share your experience with us.