FastBall  2, is free Windows 8 running game app. It’s a fun and challenging Windows 8 running game app. Well the game play of this Windows 8 game app is what that every running game app has, and that is to jump and grab as many points as you can on the way. And survive through the levels by avoiding any kind of obstacles that comes on the way. In this game you’ll get a rolling red ball, that rolls by itself collecting stars on the way. But there are many obstacles that stand on the way. The only thing that the ball can do is jump. So, it’s you who has to control the jumps of the ball. So, that the ball safely avoids the obstacles and reaches the destinations. There are a total of 130 levels in the game, grouped in a pack of 4 levels. It’s compulsory to complete the current level to move to next higher level. However if you are stuck in a level and can’t go any further, then the app lets you use the tokens that you have earned during the game to skip the level, and move to next higher one. 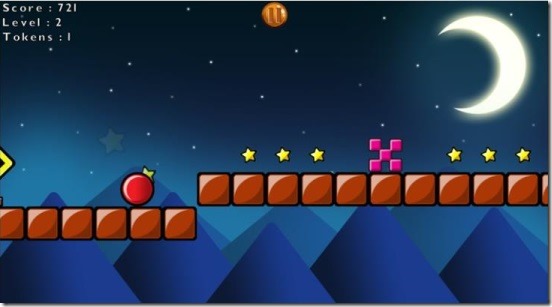 If you have played Running dude and Ragdoll run Windows 8 game, that we reviewed earlier, then you’ll sure like this game. Download this fun and action packed Windows 8 running game app from the Games Category in Windows Store.

The game, sure is fun. Every time, when you jump, the whole screen moves up and down, making you concentrate more in the game. The game is all about timing, decisions, and how good are your reactions. The game does have a good gameplay. And, rather than just sticking to one type of gameplay, the game gives you option to choose from 3 types of game difficulties. You can play in easy, normal, and hard difficulty game modes. If you are an expert of the running games and would like to give to yourself a good challenge for maximum fun, then try playing in Hard mode. It really is challenging, and not that easy for amateurs. 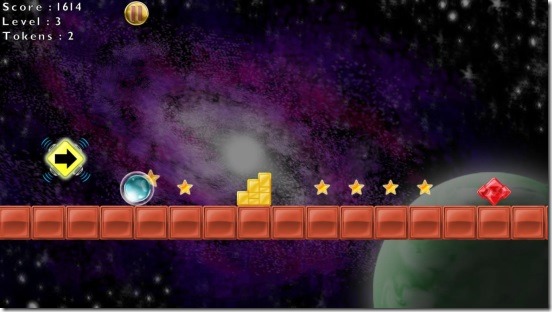 The game also comes with good graphics. The graphics are made in 2D, and, the game lets you play in two types of themes. You can play either in Cartoon theme or Futuristic theme. As the name suggests, cartoon theme gives you everything on the playing screen, made in toonish way and in Futuristic theme, everything still is in 2D but the balls design and other stuff have some metallic futuristic theme and you’ll get lasers as well. These options do give you a medium to personalize the game as to what that pleases you. And that’s a good point for the game. 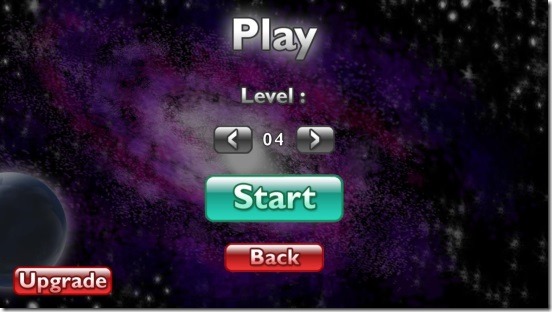 Like I said above, the game is divided into groups of levels. Every single level in the game is fun and enjoyable. It’s good that at the initial levels the game is bit easy, because that teaches you what you have to do in the game, and gives you a good time and option to learn the game. All you have to do is control the ball jumps. And you can do that by simple click. The game does challenges you and tests your thinking, timing, and decision-making abilities. And that is what every good game must posses, right? 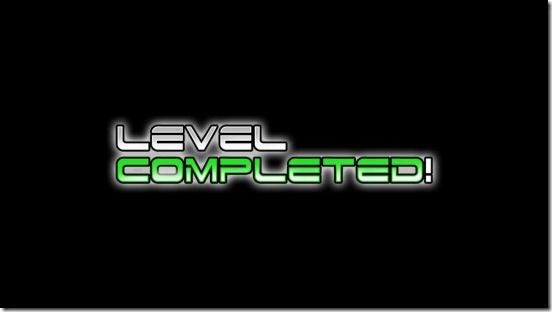 Finish each level safely along with collecting stars, and advance to next higher levels.

FastBall  2, certainly is a good Windows 8 running game app. It’s fast, fun, and challenging. I liked the fact that the game presents you with next higher level the moment you complete current one, giving you little time to relax and think. Now, that does adds more to the excitement of the game. Everything about the game is fun and good. A must try Windows 8 running game app.