Ragdoll Run is a Windows 8 free running game app. Free running in the sense that the player keeps running for infinite time, until he doesn’t dies (remember Temple Run?). The objective of the game is to keep running and avoid dying, for as long as possible. You’ll get multiple obstacles on your way which stops you from staying alive for long time. All you have to do is jump over these obstacles and rotate the cubes on which you’ll run during the game play. Rotating the cubes help in grabbing as many coins and pick-ups as possible. Grabbing these goodies helps you unlock the other characters, and getting to the top of the World leader board. 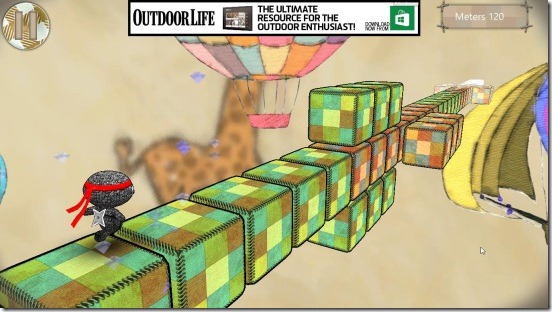 Now that we have already covered games about Zombies and cards, it is time to move on to something more common: running. Temple Run is a rage, primarily because of its simplicity. This running app for Windows 8 tries to emulates that, with a different twist.

As a free running game, you start the game in a 3D world consisting a path made cubes strung together, floating in the air. These cubes will be arranged in such a way that makes running a bit difficult; for example there will be times during the game play when you’ll get a cube on top of another, or a gap between the cubes. You have to jump over these obstacles and avoid them by rotating the patch by 90 degrees. Also besides these, you’ll also get needles and spinners, which are also the obstacles that can kill you, and end the game. 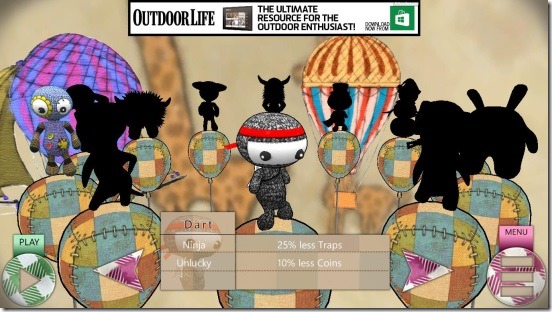 The controls of the game are very basic. In order to jump, simply use the up arrow button of your keyboard, and to rotate the path use the down arrow key or the mouse left click. In order to make the game interesting, you also have to collect various pick ups available on every side of the path; they are basically coins, jewels, and power-ups. And like I said above, these picks ups helps you to unlock characters, each with different abilities, and helps you get to the top of the World leader board. 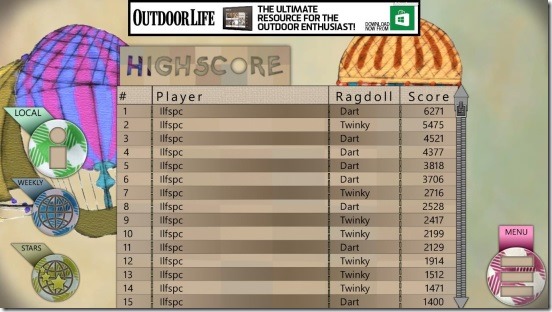 The game is quite unique, because it goes a little further. Most of the infinite running games just include jumping, but this game involves rotating the platform as well, on which you’ll run. This does makes the game interesting, as you have to jump as well as rotate the platform and find the best route for you. There’s just one stage and, you can play the game in three difficulty levels: Easy, Normal, and Hard. These three basically change the running speed, with Hard being the fastest, and Easy being the slowest. But even in the slowest game mode, as the game advances the characters starts running at a faster pace. 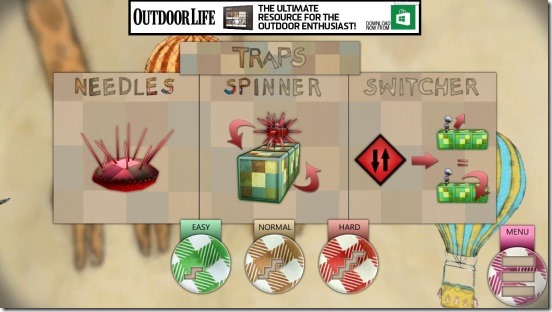 The game is sure fun to play, as you have to think in advance in order to find the best route. Also there are multiple achievements that you can play for.

Another running game for Windows 8 worth exploring is Agent P Strikes Back.

Following is a screenshot of the game end result: 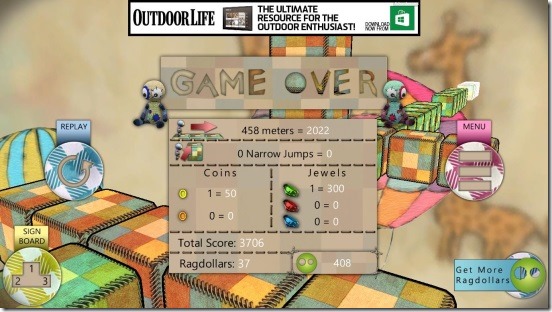 Ragdoll Run, is a good free Windows 8 free running game app. The gameplay is good, I liked the characters; they are cute. I liked the Ninja character the most. Playing the game in Hard mode was most fun. Though the app has little problems with controls because, they didn’t worked once or twice. Still, playing the game was fun. All in all a good Windows 8 game app to try your hands at.