This software allows you to increase priority level as, Above Normal, High, or Real Time. It also allows you to set resource reduction on minimizing application. 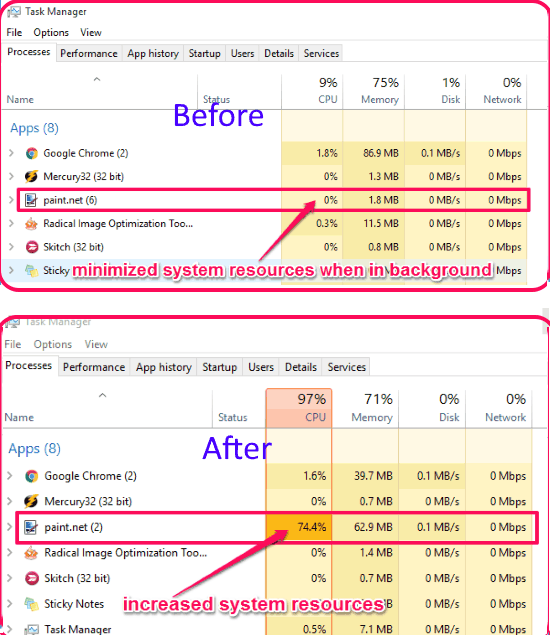 How to Give More System Resources to Active Application:

As it is a lite and portable application, so you can start using it as soon as its downloaded. On opening the software, it automatically starts running in background. And, its icon appears in the system tray and from there its settings can be configured. 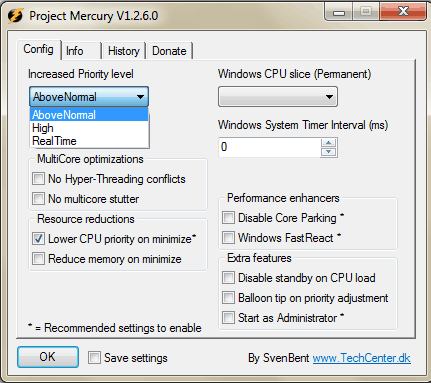 You can also see our tutorial on How to block any running processes to save PC resources.

Project Mercury is a very useful tool to boost speed while multitasking as it automatically prioritizes system resources like CPU usage and RAM usage to the current application and reduces System resources for applications running in the background. It worked fine and its for free, so I would definitely recommend this to all the multitaskers that experience slowness while running applications.