Let’s see what some of them are and what they have to offer. 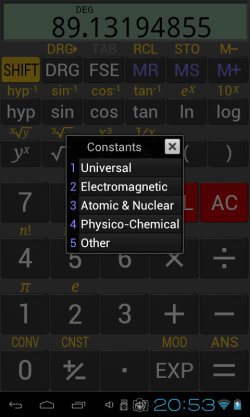 RealCalc is one of the most popular scientific calculator apps in the Google Play store and with good reason.

Some of the available functions and functionalities of RealCalc include unit conversions, binary, octal and hexadecimal conversion, trigonometric functions, three different display modes (scientific, engineering and fixed point), etc. On the image above you can see it in action. App is ad free and comes with built-in help, extensive documentation to help you get started. 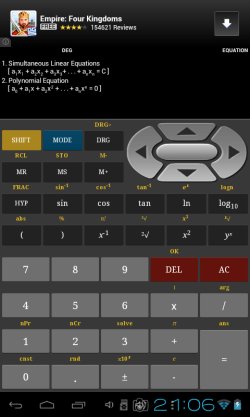 RealCalc is advanced, but HF Scientific Calculator is even more advanced.

On top of pretty much all the functionalities that Real Calc has, you also get a nice looking display, support for solving matrices (up to order of 9X9). Built-in polynomial equation solver, which you can see on the image above and even a graph plotter. Help files are also available to help you figure out how everything works. 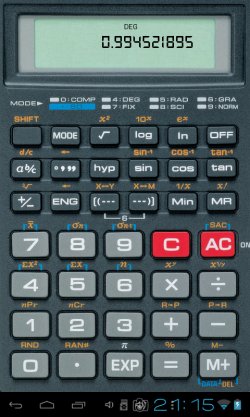 We had to mention this scientific calculator app because we’ve all at some point had something similar.

This is a simulator app of the very popular Casio scientific calculators that most of us have had at some point during our eduction. You’ll probably recognize it just by looking at the image of it. Everything basically works just like on an actual calculator, even the display has the same layout. 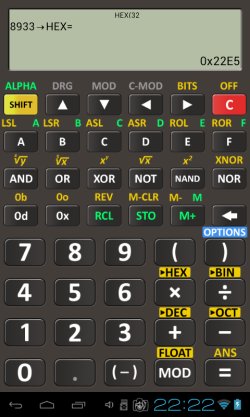 PowerCalc is similar to the previously mentioned Casio simulator. It’s another scientific calculator simulator for Android, but it’s a simulator of a generic calculator, not Casio.

When using PowerCalc you’ll be able to use solve equations using an advanced equation editor. It comes with a built-in list of constants (universal, mathematical, physical, chemical), and much more. 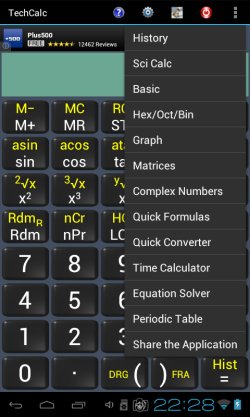 Scientific Calculator again has the standard interface for a scientific calculator, but under the hood things are a lot different.

It’s hard to pick a winner for us because all these apps are great at what they do. If we absolutely have to pick one that you’re gonna at least try first, we suggest that you go with HF Scientific Calculator. Try it and let us know what you think in the comments down below.