Here’s a list of 5 IQ testing apps for Android which you can use to quickly find out what your IQ is. Taking an IQ test is a great way how to confirm that you really are the smartest person amongst your friends, but also how you can have fun, by answering puzzles and riddles that these tests usually have. Unfortunately sometimes our IQ test results aren’t that great, which is why using a different test, more favorable IQ test is a good idea.

For this reason we prepared the following list, so that you can choose the best IQ test app for you, the one where you’re the smartest. 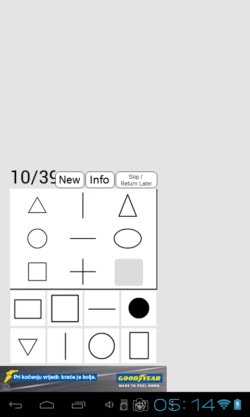 First app on our list is called Best IQ Test. It might be called like this because it’s the closest thing to the real test, to how it should be.

Questions use images instead of math or letters, which is how IQ test should be. As you go through the questions they get more difficult. The ones that you don’t know the answer to can be skipped and you can return to them later on. One thing that’s missing is time component. You’re given all the time in the world to solve the test, which is not how an actual test works. 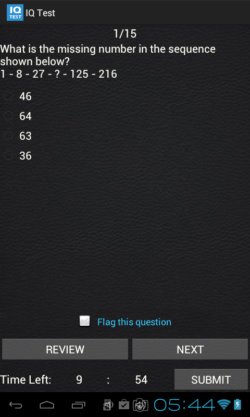 If you want an IQ test app for Android that uses numbers and word puzzles then IQ Test – Know Your IQ is the thing for you.

App doesn’t look anything to how a real test looks like. There’s “fill in the number” and “solve the math problem” type of questions, but it’s still a fun test to take if you like to solve puzzles. Solve as many of the 15 questions correctly in 10 minutes to get the most points.

Get IQ Test – Know Your IQ. 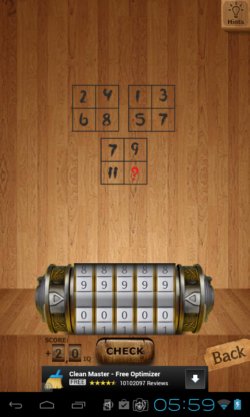 Here’s another IQ testing app called Best IQ Test, only this one is created by bubble quiz games. It features a stunning interface design, one that’s very retro looking.

This test is more of a game than it is a test. You’re asked math questions, first simple ones like 2+2 then as the game progresses more difficult ones come along. The more questions you’re able to answer correctly, the more IQ points you score. 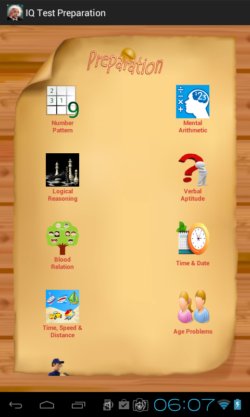 Here’s a great app for all those that are having problems solving IQ tests. 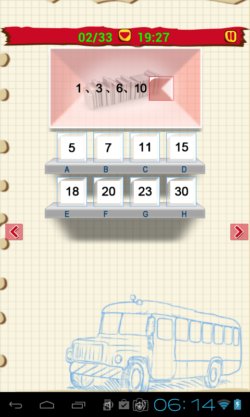 IQ Test is simple and straightforward IQ testing app that lets you test your IQ by combining math and the alphabet.

Two types of tests are available the 20 minutes test and the 40 minute test. Questions that you’re unsure of can be skipped and returned to later on once you’ve dealt with the entire test.