Here is a list of 5 Best Free NFL Apps for Android. These apps keep you updated with all the latest news and happenings related to the US National Football League. These apps can be used to get acquainted with the latest ongoings related to NFL, or to know live scores. Not just that, you get to know about rumors or News regarding Player transfers, and several other such happenings from on and off the field. I know that you can check out all of that on your TV or Computer as well, but nothing beats the fact that these apps can keep you updated even when on the move! Scroll down and take a look at these apps yourself!

You should also take a look at these Sports apps for the iPad. 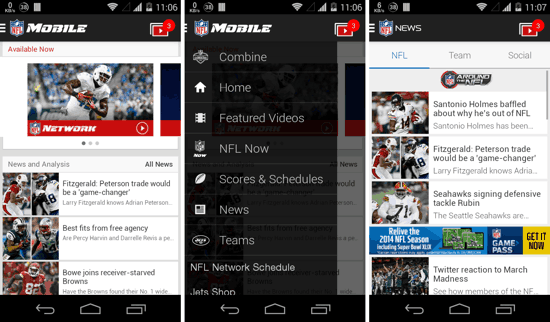 NFL Mobile is one of the best NFL apps for Android. Using NFL Mobile, you can select the team(s) that you root for, and then get the updates for those teams as and when there is something new going around. You will get updates about team strategy, build-up to a game, and several other things. You can watch videos or just choose to read the text-based articles within the app itself. The app is easy to use, and the interface is pretty easy to get around using the sidebar drawer. NFL Mobile is available for free on the Google Play Store. 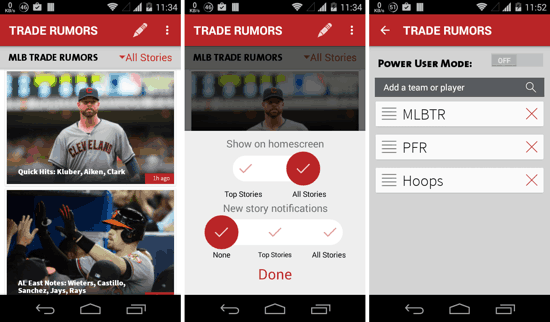 Trade Rumors is another Android app you should try. Trade rumors is an NFL app which allows you to see all the trade-offs and related rumors that are going around in the National Football League. The articles appear in a big thumbnail-based list, and you can tap on any one of them to open and read it. You can choose to see the News feed of All Stories, or Top Stories. Dig into the options menu, and you can add specific teams or players as well. Trade Rumors can be installed for free from the Play Store. 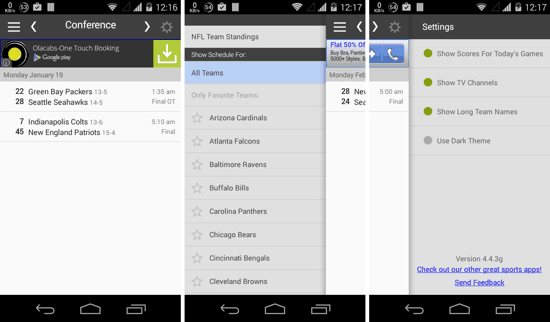 Football Scores NFL Schedule is an NFL app for Android which lets you check the live scores and the full Game schedule for the NFL. The app has an extremely simplistic interface which takes you to exactly the info you need. There are sidebars on the left and the right of the main screen, which can be used to get to various actions quicker — left sidebar for selecting Teams, and the right sidebar for other customization options. Tapping on any particular game will show you other details regarding the game. Go ahead and get it from the Google Play Store for free. 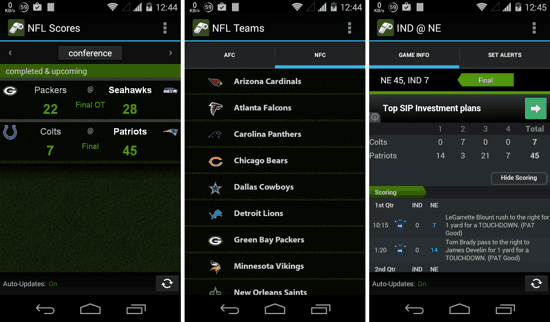 Sports Alerts for Android is another app with a different and modern(ish) interface. The green accent used makes the app livelier than others on this list. You can see the NFL scores directly when you open the app, in a listing for various matches. You can also take a look at games involving specific teams. Swiping right and left will switch between Scores for matches belonging to specific tournaments, or weeks (in case of League matches). Go ahead, give it a try! 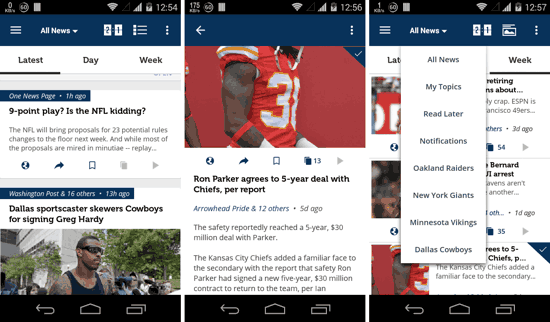 American Football League News is the final app on this list which allows you to see the News related to American National League Football. The app has a light theme which is easy on the eyes, and shows you the relevant info on the app’s main screen itself. An icon on the top right lets you switch to live scores from any ongoing matches as well. Slide out the sidebar, and you can customize and add topics which you are interested in. Head over to the Play Store and check it out yourself.