Shoot The Evil is a free Windows 8 survival game app. It’s a simple shooting game app where you have to shoot as many evils as you can, in order to stay in the game. The game can become endless provided you manage to kill each single evil during the gameplay. During the game play you’ll get multiple evils like Dracula, zombies, bats, Frankenstein etc. All you have to do is shoot them dead in the given time period, specially the bad evil Dracula, killing whom gives you bonuses in the form of extra time. So that you can continue a bit longer and score more in order to reach your ultimate score possible. 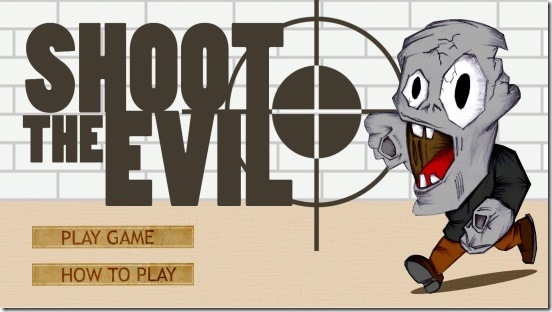 The game is very simple but fun game app. And the thing that makes it a fun and challenging game app is the controls of the game. Mastering them might take a while, but they are not that difficult as well. You’ll get a crosshair in the game, which you can use to target the evils and then shoot them completely dead. The controls to move the crosshair are W for Up, A for going left, S for down, and D for going left. R is for reloading the guns, and L is to fire. 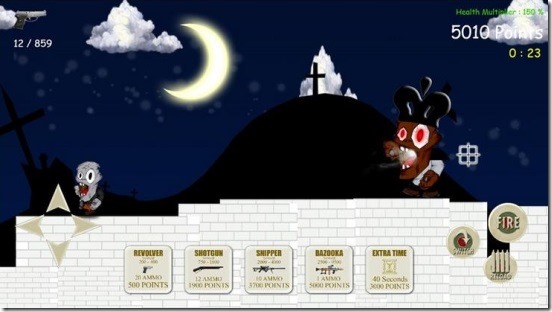 The gameplay of this Windows 8 survival game app is also good enough. In the gameplay you’ll get a moving location that has uneven terrain, and the evil pops up into the screen from thin air. You won’t see the guns, but you can only see the evil characters and the crosshair. All you have to do is move the crosshair using the respective controls and then fire.

Killing each evil in the game gives you scores, and more evil you kill more points get added to your current score. To make the game fun and challenging, the game does give you different evil characters and each evil carries different points and takes different number of hits to die completely. That’s a pretty good thing of the game and works in favor of the game. There’ll be times in the game where you’ll have too many evils in the screen and you’ll start speeding up trying to kill each one of them.

Good thing is that app equips you with enough ammo and cool guns, that you can use to kill the evils. And you can switch between the guns during the game play as per your needs. But, you just can’t go rogue shooting blindly, because soon you’ll run out of ammo. And you have to reload the gun again. A big set back for the game is, it takes too much time to reload the gun. Otherwise it’s an okay game. 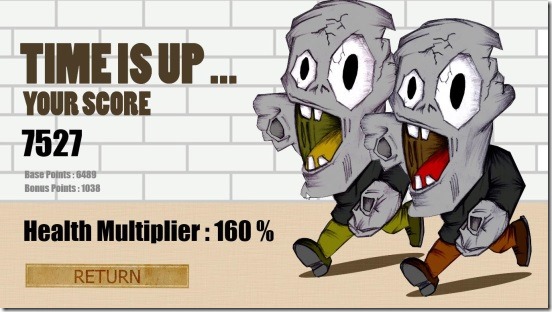 Kill every evil character in the screen including the Dracula, to stay longer in the game and score your best.

Here are some other cool Windows 8 survival game apps, you might want to try: Cockroach Hunter, Zombie HQ and FleshBlender.

Shoot The Evil is a good Windows 8 survival game app. It’s simple, easy, and has a decent game play. Though the game play needs a little improvement. Still, it’s fun enough to keep you glued. All in all a good free game to try.

Get Shoot The Evil here.